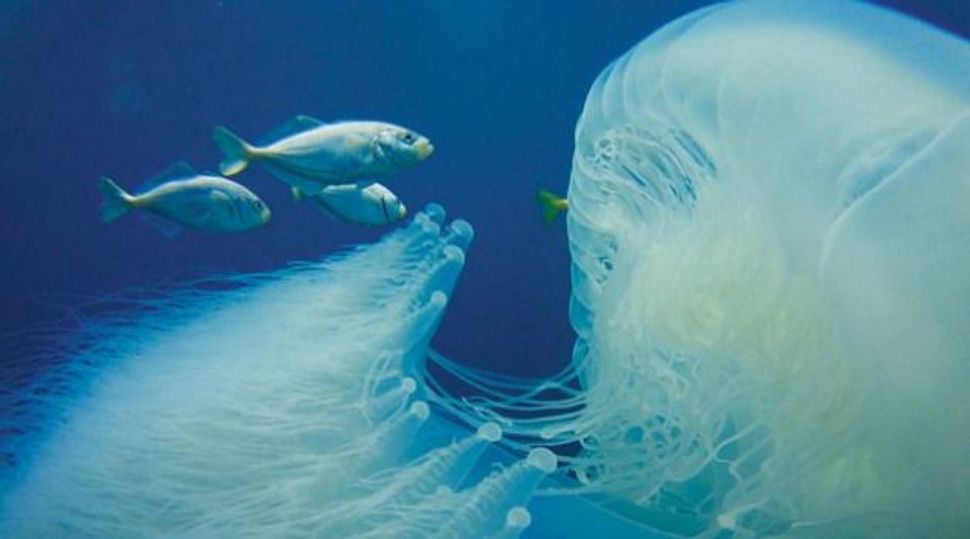 Stinging Feud: Israeli jellyfish experts are squabbling over who is best equipped to warn the public. Image by haaretz

Prof. Bella Galil of the Israel Oceanographic and Limnological Research Institute (IOLRI) has been following jellyfish swarms for decades and her institute now operates a Facebook page called Jellyfish Watch, with reports on jellyfish sightings at Israel’s various beaches.

But Jellyfish Watch has a competitor in the form of a website called Meduzot (jellyfish) at meduzot.co.il, which is operated by Dor Edelist and Dror Angel, two energetic marine ecologists from the University of Haifa. Both sites opened last year, only about a month apart, and both are based in Haifa.

“They’re the opposition; we’re the coalition. There’s a war and we’re better,” insists Edelist from the Meduzot site. “Our website was first. There’s a certain degree of cooperation, but it’s not easy to work together. They prefer to ignore our existence and don’t give us any credit. I’m all in favor of cooperation and sane management on their part.”