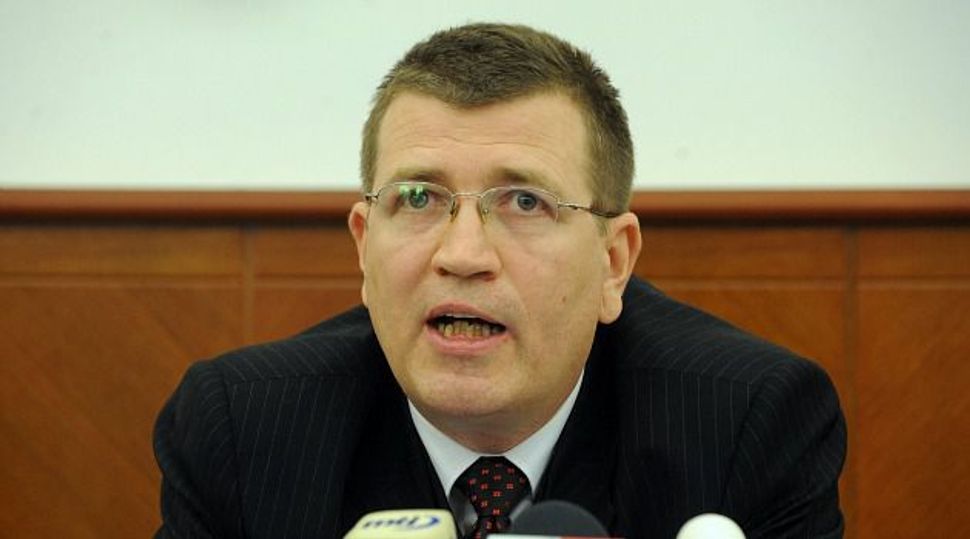 A fugitive suspected Nazi war criminal who helped send 15,700 Jews to their deaths was taken into custody by Hungarian police days after being tracked down in Budapest by a British tabloid newspaper.

The Sun newspaper on Sunday reported that it had found Ladislaus Csizsik-Csatary, 97, with the help of information supplied by the Simon Wiesenthal Center in Israel. Csizsik-Csatary is No. 1 on the center’s Most Wanted list of Nazi criminals.

Csizsik-Csatary was put under house arrest on Wednesday, after being taken into custody and questioned as a war crimes suspect, according to the Hungarian news agency MTI.

He “played a key role in the deportation of over 15,000 Jews to Auschwitz in the spring of 1944 and of hundreds of Jews to Kamenetz-Podolsk in the Ukraine, where almost all were murdered, in the summer of 1941,” said Nazi hunter Efraim Zuroff, director of the Wiesenthal Center’s Israel office.

Csizsik-Csatary had been a police commander in charge of the Jewish ghetto in Kassa, Hungary – now Kosice, Slovakia – during World War II. According to documentation provided by the Wiesenthal Center, he forced Jews to “dig ditches in frozen ground with their bare hands, made dissenting Jews take up stress positions for hours, hit them with a dog lead and oversaw a shoot-on-sight policy if they tried to escape.”

Csizsik-Csatary fled to Canada after World War II and assumed a new identity. He was sentenced to death for war crimes in absentia in Czechoslovakia in 1948.

The Sun reported that he fled Canada in 1997 after his identity was discovered and Canadian authorities stripped him of his citizenship. Canadian authorities quoted by the Sun said he had been a “commander” in the Royal Hungarian Police in Kassa in charge of officers who guarded the ghetto.

The police transferred about 12,000 Jews from the ghetto in Kosice to a brickyard at the end of April 1944 and deported them to Auschwitz and other Nazi camps. Only about 450 survived.