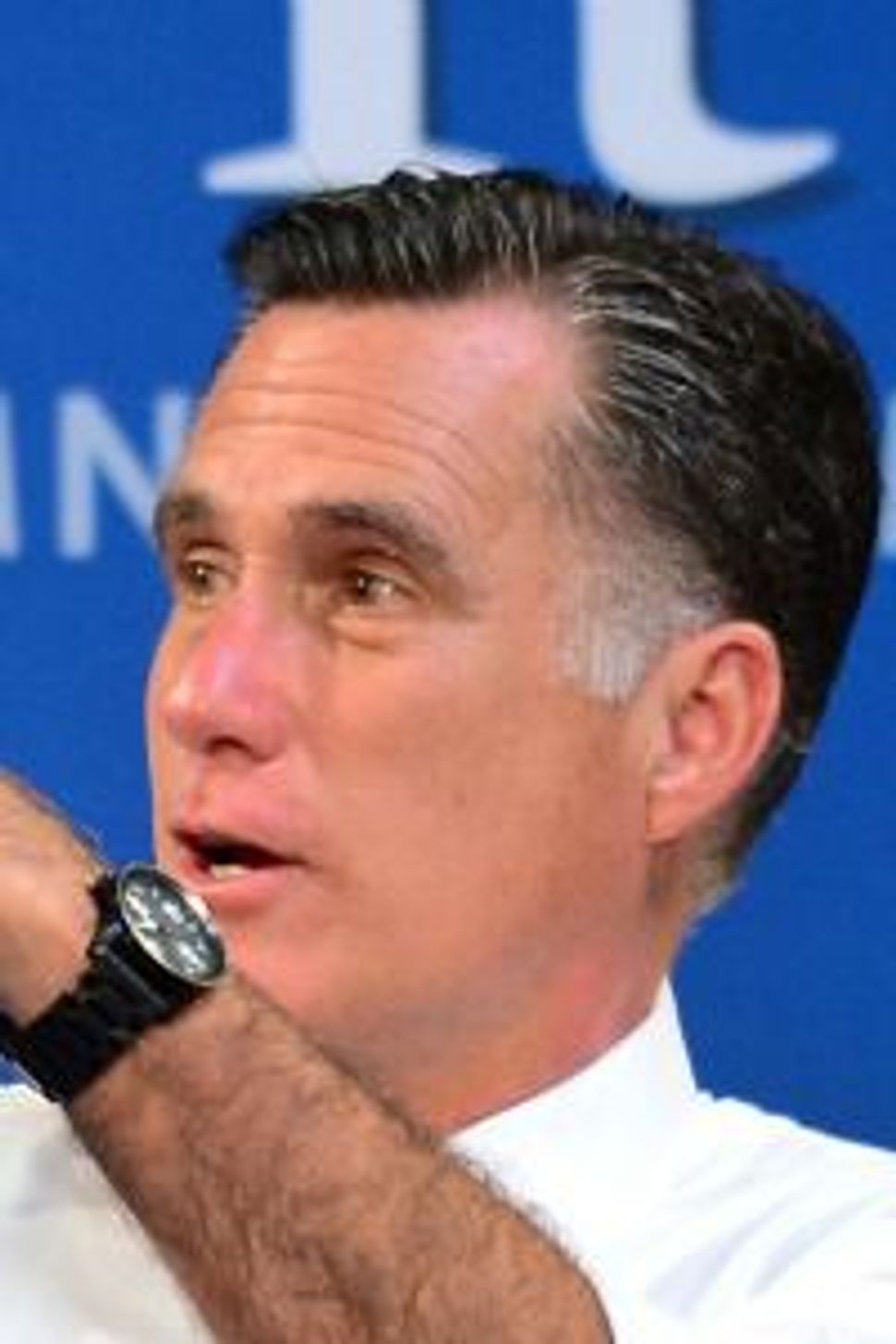 Republican presidential candidate Mitt Romney, about to visit the London Olympics and Israel, said for the first time on Monday that he supports an official minute of silence at Friday’s opening ceremony for the Games to honor Israeli athletes killed at the 1972 Munich Olympics. 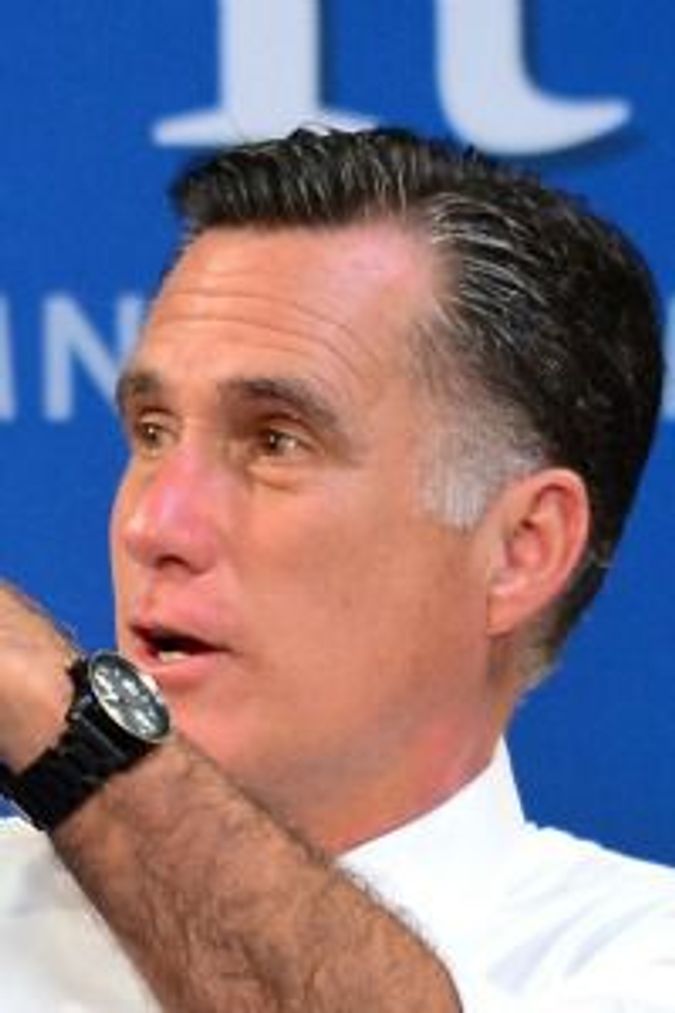 Romney’s move broke years of his own silence on the issue, including his time leading the Salt Lake City Winter Olympics in 2002. During those Games, survivors of the slain Israelis called on the International Olympic Committee to observe a moment of silence to mark what was the 30th anniversary of the deaths in Munich. The IOC declined.

Now, with Romney in a heated campaign against Democratic President Barack Obama and heading to Europe and Israel for a week on an international stage, the Republican former Massachusetts governor is joining those calls.

“Governor Romney supports the moment of silence in remembrance of the Israeli athletes killed in the Munich Olympic Games,” Andrea Saul, a spokeswoman for Romney, told Reuters in an email on Monday.

Romney’s statement seems to align him with Obama and officials in several other countries who have urged the IOC to do more to remember the massacre in Munich, where 11 Israeli athletes and coaches and a local police officer were killed after Palestinian gunmen sneaked into the Olympic village and demanded the release of hundreds of prisoners held in Israel.

“We absolutely support the campaign for a moment of silence at the Olympics to honor the Israeli athletes killed in Munich,” Tommy Vietor, a spokesman for Obama, said in a statement last week.

At the time, Romney’s position was less clear. Saul told Yahoo News on Thursday that Romney had not taken a public stance on the matter.

The IOC, which oversees the Olympics, has said the opening ceremony is not appropriate for such a moment of silence.

“We feel that the opening ceremony is an atmosphere that is not fit to remember such a tragic incident,” IOC President Jacques Rogge said at a news conference last week.

At another news conference on Monday, Rogge apparently tried to defuse the issue by declaring a minute’s silence during the new conference itself.

“I could not speak here about peace and sport without reminding what happened 40 years ago,” he said.

Rogge disputed the notion that his actions were aimed at blunting demands for a moment of silence at the opening ceremony. “The intention was not to calm anyone,” he said.

Ankie Spitzer, widow of one of the Israeli athletes killed in Munich and a long-time campaigner for an official Olympic moment of silence, told Reuters that two days ago, one of Rogge’s top deputies said the IOC was “afraid of an Arab boycott” if an official period of silence were ordered to commemorate the Munich incident.

ESPN.com reported that confidential IOC minutes from a meeting before the 2000 Sydney Olympics suggested that the organization had received “threatening letters on the issue from several different Arab Olympic committees.”

The IOC did not respond to an e-mail requesting further comment.

Deborah Lipstadt, professor of modern Jewish history at Emory University in Atlanta, said the IOC’s refusal to call for a minute of silence was “pure and simple unabashed antisemitism,” although she said it was prejudice of a “mild” – rather than violent – nature.

She said Romney might have had considerably more influence on the IOC’s handling of the issue had he spoken out in favor of a moment of silence when he led the Salt Lake Olympic Committee 10 years ago.

On the 30th anniversary of the Munich killings “he did not speak out. … He did nothing,” Lipstadt said.

“Mitt Romney’s failure to do that was failure of character,” added Lipstadt, who said she supports Obama but is not connected to his campaign.

Lipstadt, one of America’s most eminent historians on the Holocaust, said the IOC has used an opening ceremony to memorialize other athletes who died tragically.

She noted that at the 2010 Winter Olympics in Vancouver, Canada, organizers arranged a moment of silence for a Georgian luger who had died in a training accident just before the Games.

“The athletes who were murdered (in Munich) were from Israel and were Jews. … The only conclusion one can draw is that Jewish blood is cheap, too cheap to risk upsetting a bloc of Arab nations and other countries that oppose Israel and its policies,” Lipstadt wrote in an article.

This year, those pushing for a moment of silence at the opening ceremony recruited an array of political heavyweights to publicly press the IOC on the issue.

The American Jewish Committee said that resolutions supporting the minute of silence have been approved by the U.S. Senate, the Canadian and Australian parliaments and Germany’s Bundestag. Also, 140 members of Italy’s parliament have supported the campaign.

In lieu of an official moment of silence at Friday’s opening ceremony in London, which Romney is scheduled to attend, British Jewish groups are organizing a private commemorative event at the Guildhall, a historical London building.

The Zionist Federation of Great Britain and Ireland has called for a more widespread moment of silence at 11 a.m. (0600 EDT) on Friday.