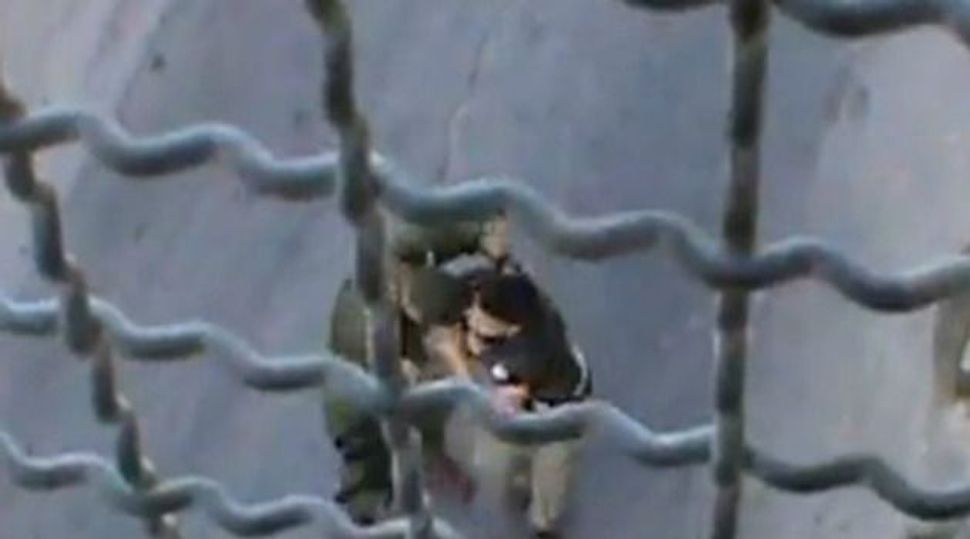 Image by courtesy of b'tselem

An IDF officer with the rank of lieutenant head-butted a Palestinian youth in the face, a video filmed in the city of Hebron on Wednesday and uploaded to YouTube has revealed.

A volunteer for the NGO B’Tselem filmed the video on Wednesday from the window of his home in Hebron, documenting an IDF soldier as he stopped a number of Palestinian youths, thought to be between 10 and 17 years of age, next to the Beit Hadassah checkpoint in Hebron.

While the soldier orders the youths to wait next to a wall, the video shows the 17-years-old standing in front of the soldier in a defiant manner, and a dispute develops between them.

The short film documents the remainder of the incident in the presence of an officer with the rank of captain. The ensuing seconds of video record a confrontation between Palestinian Thair Ghanam and the IDF captain, including blows and mutual shoving. The officer is shown grasping the youth, who says to him “I am balagan” – Hebrew slang for mess and disorder.