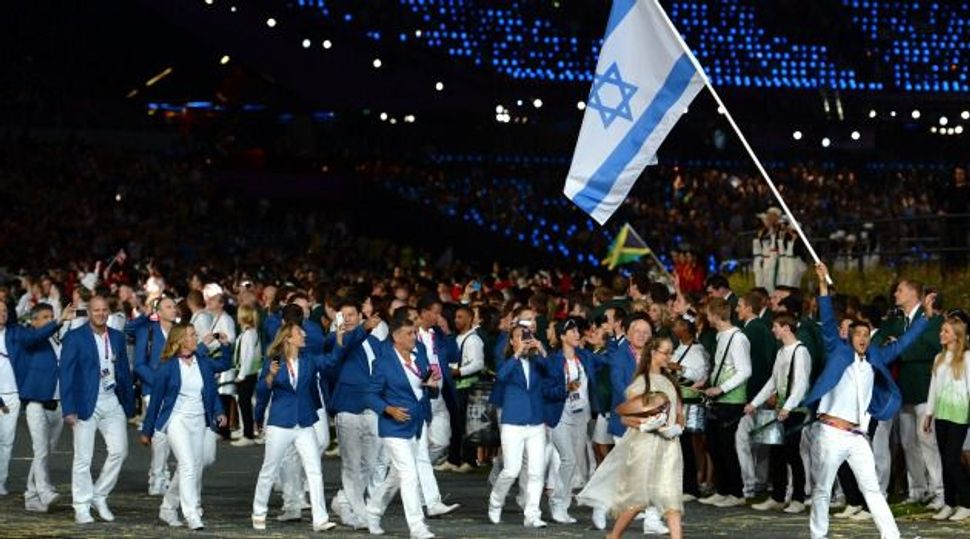 Marching Proud: The Israeli Olympic team carries the flag at the Opening Ceremonies of the London Games. Image by getty images

Israel’s Shahar Zubari led his country’s team into the opening ceremony of the Olympics on Friday night, bearing the Israeli flag.

With a dyed-blue Star of David shaven into his hair, the 25-year-old windsurfer who brought home a bronze medal from Beijing in 2008, lead the 38-strong Israeli delegation into the stadium.

Immediately after the team was shown on Israeli television, the faces of 11 Israeli Olympians who were slain in the Munich Massacre 40 years ago were shown. Their names were read out by the commentators and, following that, 30 seconds of silence were held in their commemoration.

London 2012 will mark Israel’s 15th Olympic Games. The country has sent a delegation every year since its debut at Helsinki in 1952, except in 1980, when it participated in the American-led boycott of Moscow.

The largest Israeli delegation was the one that traveled to Beijing in 2008, numbering 43 athletes. The smallest was sent to Melbourne in 1956 and numbered only three.