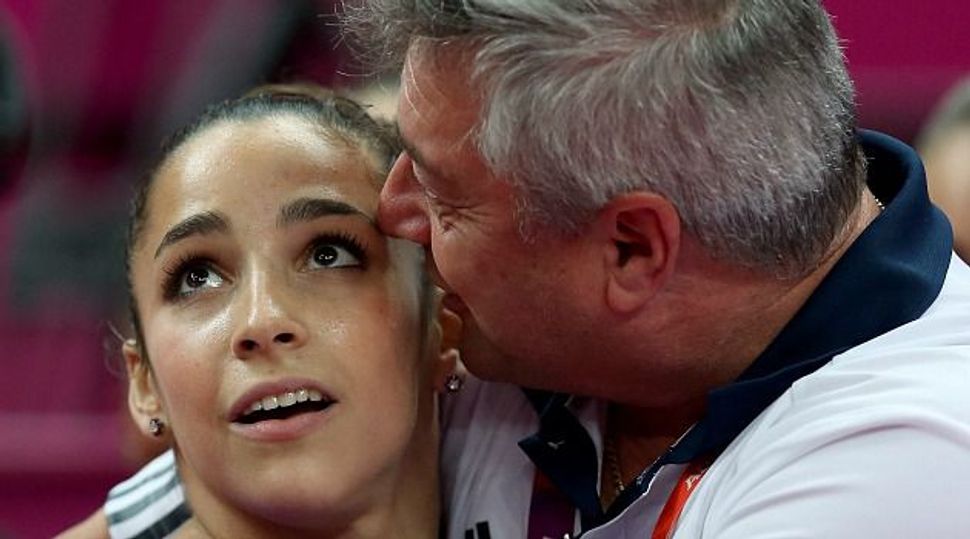 Good Show: Gymnast Alexandra Raisman embraces her coach after she qualified for the Olympic finals. Image by getty images

Israelis may have been disappointed by the performance of their country’s Olympic athletes, but American Jews were collectively kvelling at the showing of gymnast Alexandra Raisman, who was the undisputed star.

Raisman, 18, a nice Jewish girl from Massachusetts known by her nickname Aly, not only stunned spectators by grabbing one of the two spots in the all-around individual finals for the U.S., but she did it by performing a floor exercise routine to the tune of “Hava Nagila.” Her win pushed her teammate – favorite Jordan Wieber – out of the final and ‘sent shockwaves’ through the arena, vaulting her to the new focus of the U.S. squad.

Raisman is certainly not the only gymnast to utilize the catchy tune – it has been a favorite over the years and is a proven crowd-pleaser with gymnastics fans. But she may very well be the first Jewish gymnast to do so – and if all goes well and American hopes are realized, she might be the first to ride the Hava Nagila train to an Olympic medal.