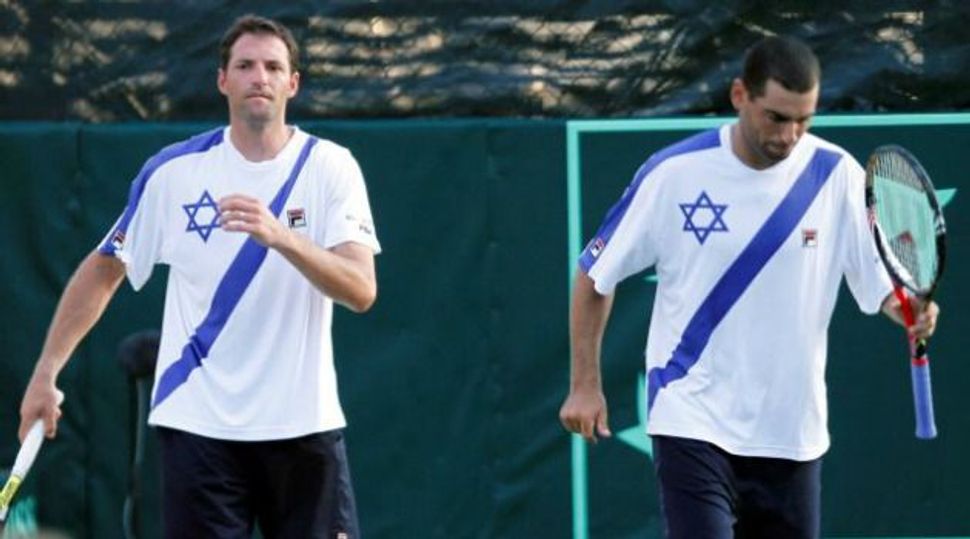 Big Win: Israel?s Andy Ram and Yoni Erlich are into the quarterfinals of the men?s doubles tennis event at the London Olympics. Image by haaretz

Israel’s Andy Ram and Yoni Erlich are into the quarterfinals of the men’s doubles tennis event at the London Olympics, after stunning the sixth-seeded pairing of Roger Federer and Stanislas Wawrinka in three sets.

The Israeli duo – known locally as AndYoni – were brushed aside in a poor first set, when the Swiss pair raced to a 4-0 lead on the back of two consecutive breaks of service. Despite winning their first game of the match to make it 4-1, the Israelis were then broken for a third time in the seventh game of the set, giving the favored Swiss players a comfortable 6-1 win.

In a tense second set, there were no breaks of serve at all and, after 40 nervous minutes, the players went into a tie-break – which AndYoni won 7-5.

Buoyed by their performance in the second set, the Israelis began confidently and when they broke serve in the fourth game, it became clear that a shock was on the cards. In the end, that was all AndYoni needed and they served out the set for one of their greatest victories.