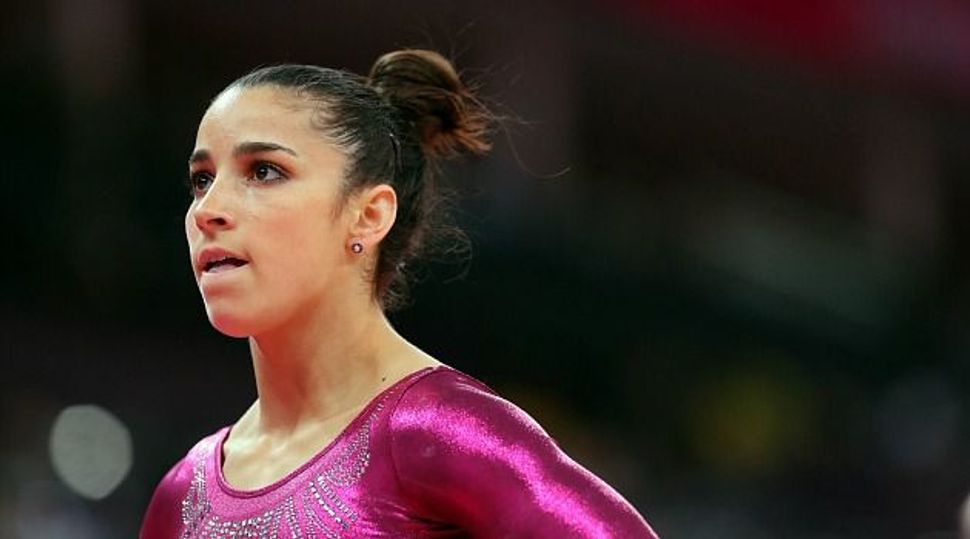 Stunned: Aly Raisman watches as she was placed fourth in the individual women?s Olympic gymnastics competition. Image by getty images

A crowd of some 500 people, a mix of pony-tailed preteen girls, former classmates, and residents who have ducked out of work, has come together as a community to watch a live feed of Raisman competing for gold in the women’s all-around gymnastics event at the London Olympics. Among them is Susan Faber.

Faber, 71, is Raisman’s maternal grandmother and she is nervous.

“She grew up overnight in my eyes,” Faber says of Raisman, who as captain of the U.S. women’s gymnastics team helped lead her squad to gold on Tuesday. “I can’t wait till she gets home so I can put my arms around her.”

After the rounds of “Let’s Go Aly” cheers subside, Faber sits perfectly still and watches the large screen hanging over the town hall’s sprawling stage as her granddaughter warms up for her uneven parallel routine.