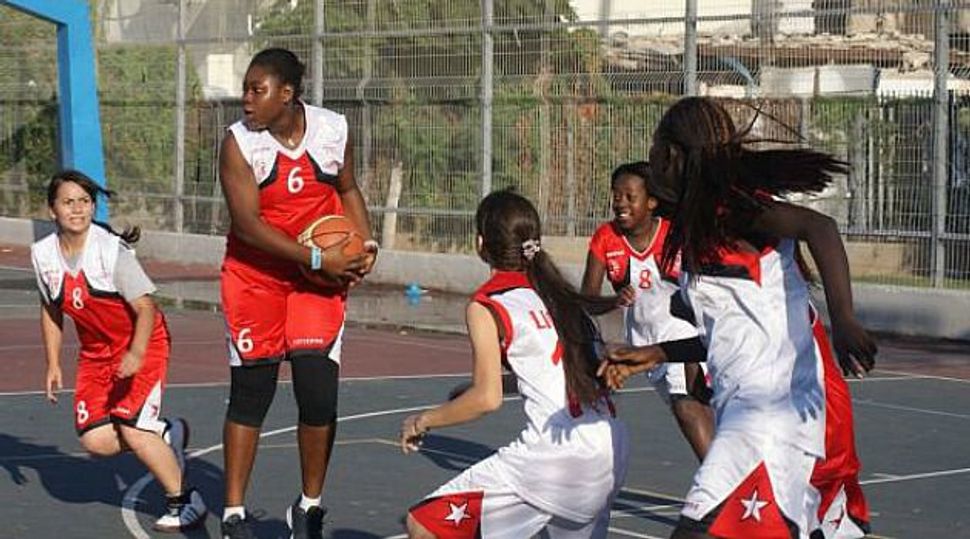 Dreams Deported: The entire starting five of an Israeli high school basketball team were deported with their families to their homeland of South Sudan. Image by haaretz

More than 30 pupils of Bialik-Rogozin High School were recently deported to South Sudan, among them five young women who played in the school’s basketball team. The five were the heart and soul of the team, which now consists of only seven players, and its future is uncertain.

Rotem Ginosar, a social studies teacher who established the school team, gave his five students a basketball before he bid them farewell. “I talked with the girls who were deported to Juba, the South Sudanese capital. One of the things they told me after ‘everything’s fine, there’s no electricity here, and its dangerous to go outside’ was ‘we found a basketball court here in Juba, between the shacks, but only boys play there.’ Basketball became a really important part of their identity,” says Ginosar.

Ginosar established the girls team and coached them following the request of several pupils a year and a half ago. ‘There were several girls in 11th grade who wanted to play basketball,” recalls recent Bialik-Rogozin graduate Demet, the daughter of a Turkish migrant worker. “We talked to Rotem and began playing. In the beginning we were a small group, only five girls, but then more girls joined in.”

“At the start they played an hour a week after school,” Ginosar recalls, “but then more girls wanted to play. We started holding tournaments in the breaks. I wanted all the boys to come and watch the girls play.”