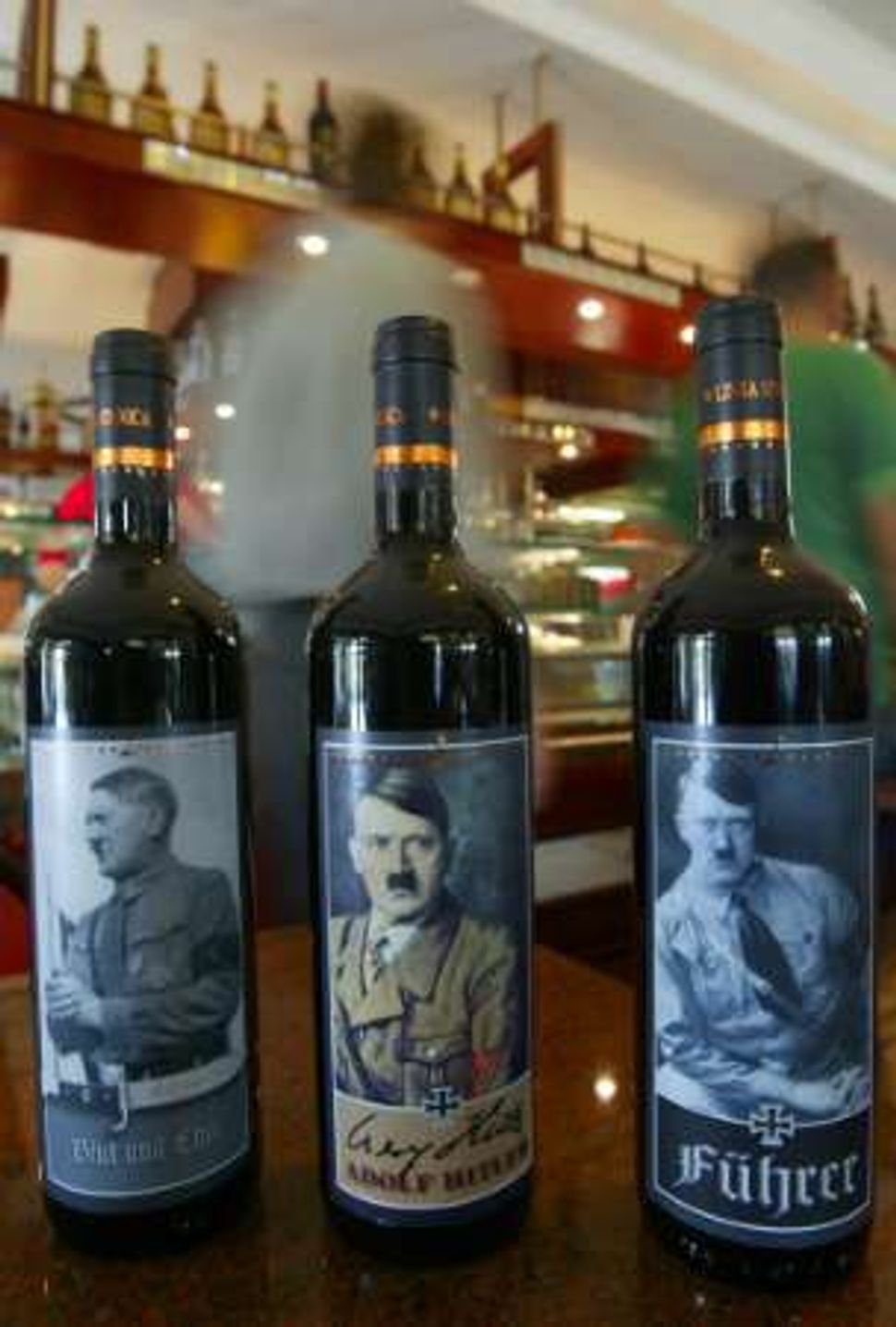 A public prosecutor in Italy has opened an inquiry after a vacationing Jewish-American couple complained about wine with a picture of Adolf Hitler on the label for sale in a shop near Verona. 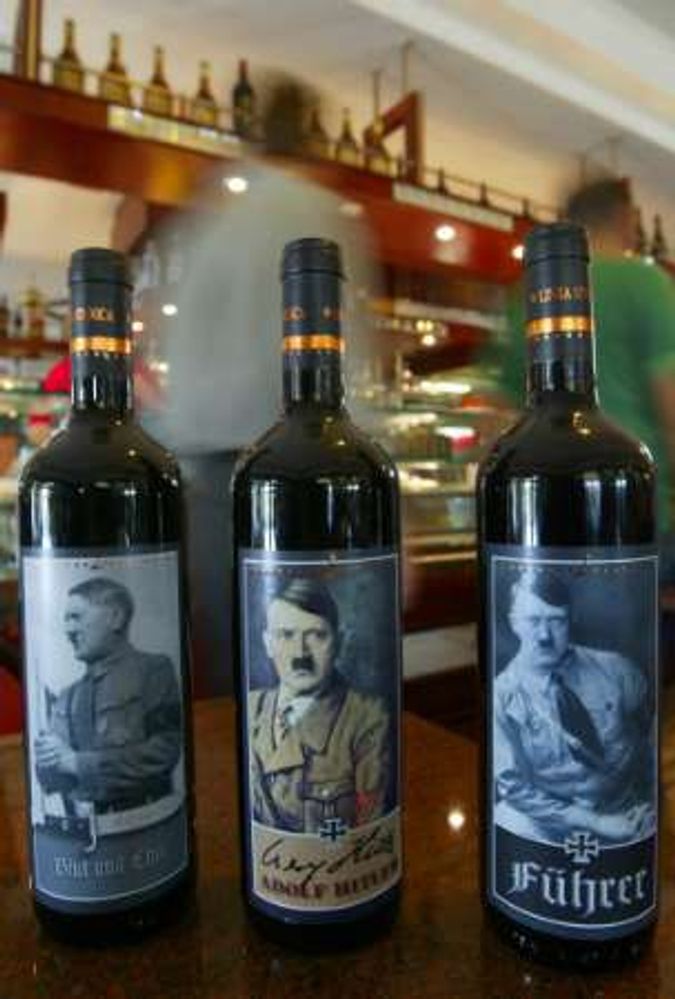 The Forward wrote about the Hitler and Mussolini wines in 2010.

Verona prosecutor Mario Giulia Schinaia has opened an investigation into whether this constitutes “apology for fascism,” according to the Italian news agency ANSA.

“The only crime that could be currently attributable to this is that of apologizing for fascism,” he told the news agency. “At this point though it would be opportune to invent the crime of human stupidity. We see that to make money all roads are followed, even those that go against culture and people’s conscience.”

Italy made apologizing for fascism a crime in 1952.

ANSA identified the Americans as Matthew and Cindy Hirsch, from Philadelphia. Cindy Hirsch is the daughter of a Holocaust survivor.

The couple told the news agency that they were “shocked” when they saw the wine on display. They reportedly questioned the store manager, who told them it was only history “like Che Guevara.”