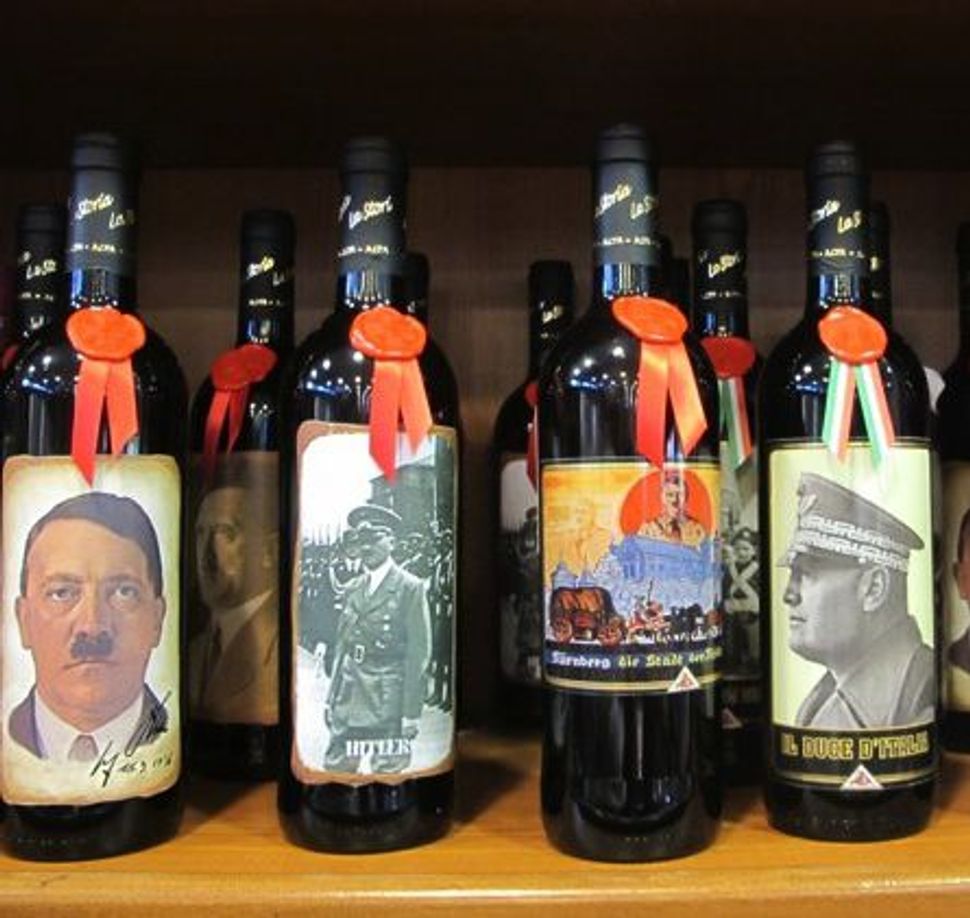 After Forward contributor Mark Oppenheimer’s piece about an unintentionally offensive piece of Halloween marketing, the Port Brewing Company of San Marcos, Calif. who brewed the beer happily agreed to redesign the label. One of the owners, Tomme Arthur, said the company’s board would meet after Halloween to decide on a new label.

Unfortunately not all labels are as easy to trace nor, seemingly, as excusable. These bottles of red wine, labeled with 20th century fascist icons were spotted by Forward contributor Joel Schalit at a rest stop convenience store on the A1 highway, just north of Rome, Italy. It’s difficult to think that the people who put the Hitler or Mussolini on their red wine could have done it unintentionally, or would consider it “gentle satire.”