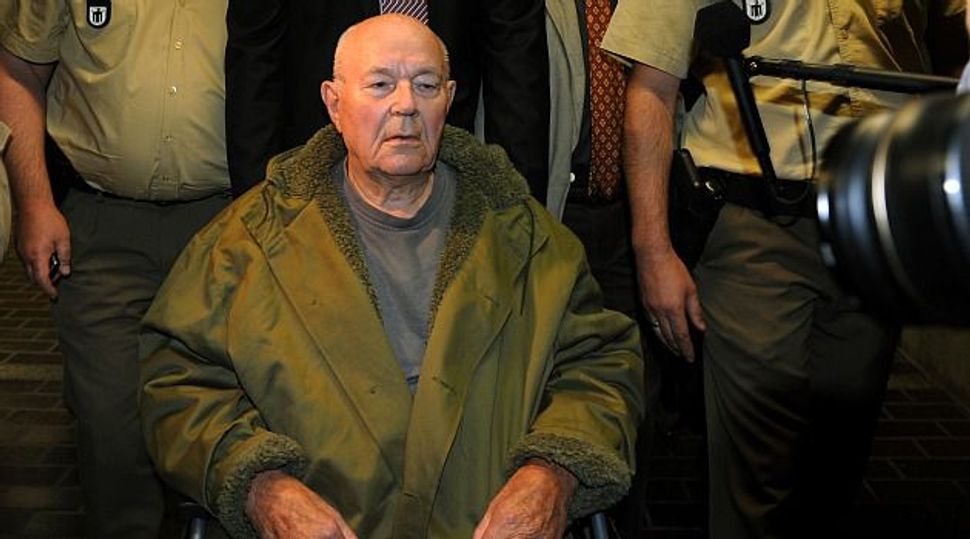 In a filing Monday, Demjanjuk’s estate asked the full 6th U.S. Circuit Court of Appeals in Cincinnati to take up the case. In June, a three-judge panel of the court ruled that Demjanjuk’s U.S. citizenship cannot be posthumously restored and that his death made the case moot.

Demjanjuk, a former Ohio autoworker, died in southern Germany on March 17 at the age of 91.

The defense said the American government withheld potentially helpful material and said that the full court must take up the matter.

The defense claimed that U.S. District Judge Dan Polster in Cleveland violated basic fairness by ruling against Demjanjuk’s citizenship appeal without holding a hearing on a 1985 secret FBI report uncovered by The Associated Press. The document indicates that the FBI believed a Nazi ID card purportedly showing that Demjanjuk served as a death camp guard was a Soviet-made fake.

“Fraud is fraud. It does not die” with the death of parties involved, the defense said in its latest filing, reported The Associated Press.

The government argued that the earlier defense filings contained no new information in the matter.

“Over three decades, we have repeatedly rejected Demjanjuk’s challenges to the authenticity of the Trawniki card and fraud on the court,” the court said last June.

Restoration of his citizenship would have enabled his widow to seek Social Security benefits.

A Munich court convicted Demjanjuk last year on 28,060 counts of being an accessory to murder at the Sobibor death camp in occupied Poland. Demjanjuk, who maintained that he had been mistaken for someone else, died while his conviction was under appeal.