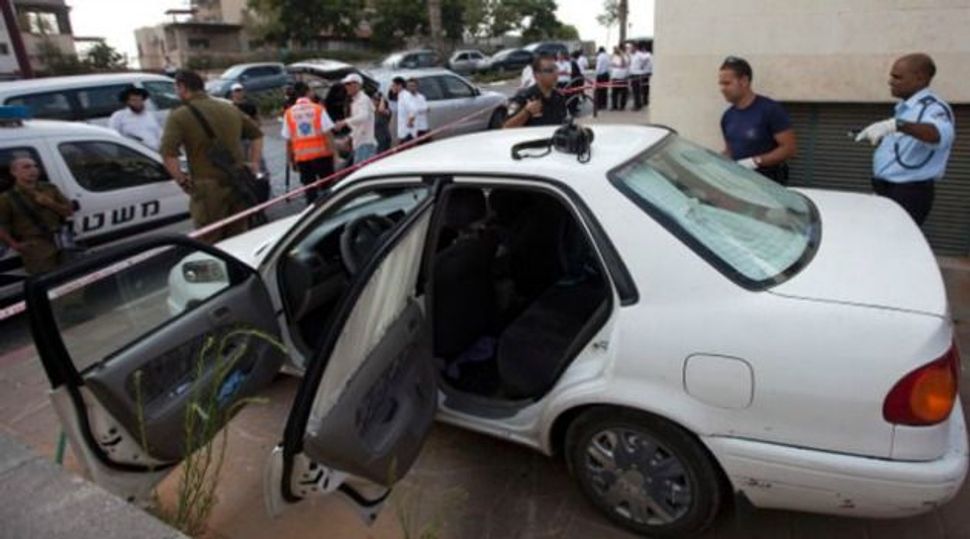 Left Behind: A 5-year-old Israeli boy died after being left in this locked car for hours in a West Bank settlement. Image by haaretz

A 4-year-old boy was found on Thursday afternoon dead in a ‘burning hot’ car in the ultra-Orthodox settlement Modi’in Illit after was apparently forgotten in the locked vehicle for several hours.

Initial investigation indicates that the boy was collected Thursday morning from his home by his Talmud teacher, who usually drives neighboring children attending his classes.

The teacher apparently failed to notice one of the boys was left in the car. Only at about 1 P.M. he went back to his car and saw the boy lying lifeless.

After a physician pronounced the boy’s death, police forces arrived on scene and opened an investigation.

The high temperature in nearby Jerusalem was 90 degrees, according to weather.com

Moshe Zaidel, a medic with the emergency medical service organization “United Hatzalah” said: “Upon arrival on scene we saw a boy lying next to the vehicle. Passers-by told us the boy was left in the teacher’s car.”