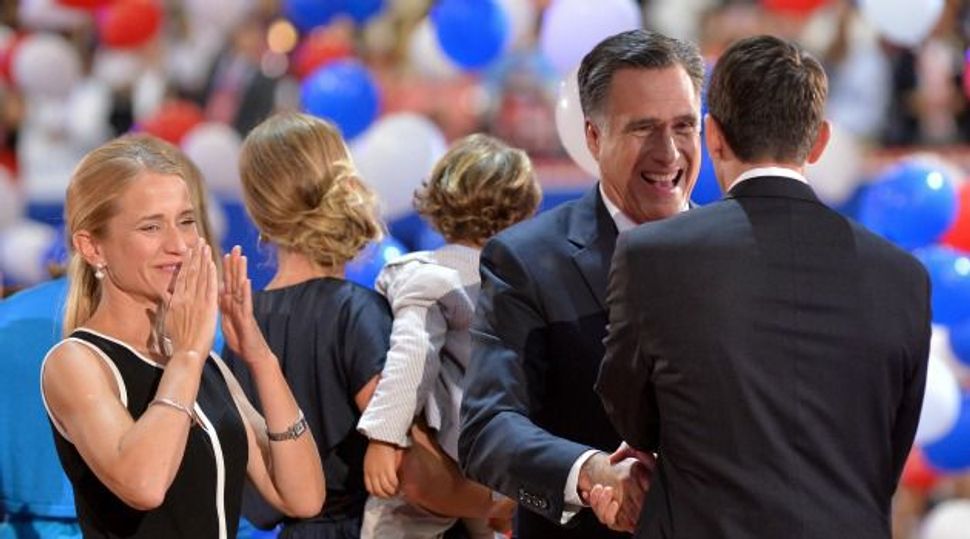 “Every American was relieved the day President Obama gave the order, and Seal Team Six took out Osama bin Laden,” Romney said Thursday evening at the Republican National Convention. “On another front, every American is less secure today because he has failed to slow Iran’s nuclear threat.”

He criticized Obama’s strategy of diplomatic engagement with Iran. “In his first TV interview as president, he said we should talk to Iran,” Romney said. “We’re still talking, and Iran’s centrifuges are still spinning.”

While the speech was mostly focused on introducing Romney to the nation and to attacking Obama’s economic record, the GOP nominee devoted several paragraphs to foreign policy. He accused Obama of having “thrown allies like Israel under the bus,” echoing language he had previously used in criticizing the president’s approach to the Jewish state.

“As president, I will protect the sanctity of life. I will honor the institution of marriage,” Romney said. “And I will guarantee America’s first liberty: the freedom of religion.”

“President Obama promised to begin to slow the rise of the oceans,” Romney said, pausing amid laughter from the assembled delegates, “and to heal the planet. My promise is to help you and your family.”