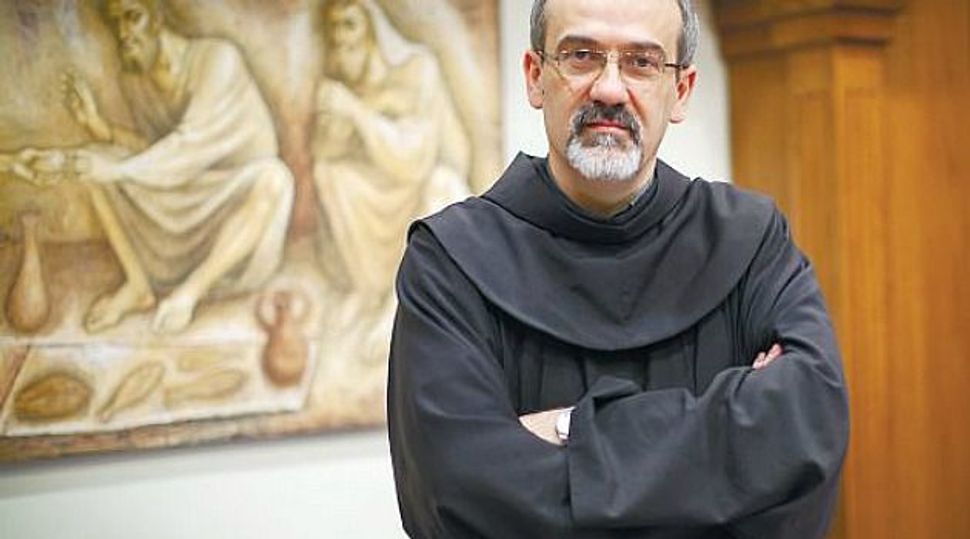 The “price tag” vandalism this week of the monastery at Latrun, in which the culprits sprayed the building’s facade with the words “Jesus is a monkey” and set the front door alight, prompted a fierce statement of condemnation signed by Catholic church leaders here.

In a rare interview, Father Pierbattista Pizzaballa cautioned Israelis over how Christians are treated here. “When you say ‘Christianity’ to the Israelis,” he said, “they immediately think of the Holocaust and the [Spanish] Inquisition. People don’t know that we are here and that we have roots [here],” adding that this attitude is reflected throughout Israeli society.

In a reference to the long-standing, continual incidents of Orthodox Jewish extremists in Jerusalem spitting at Christian clergy, Pizzaballa said: “When I came to the country, I was told that I should know that if I walk around with a frock in the city [of Jerusalem], people would spit on me, and I shouldn’t be offended, it’s normal.”