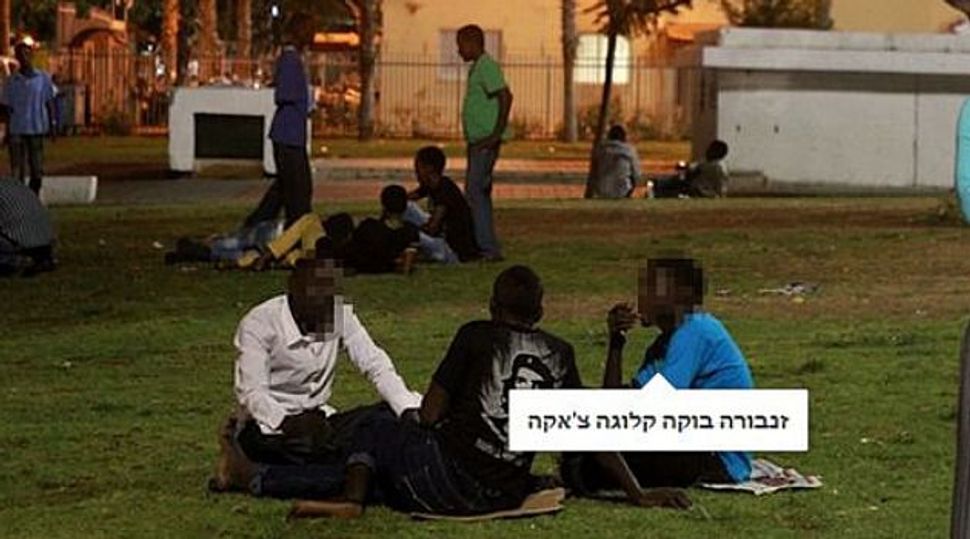 An Israeli user posted this photo to Facebook, along with racist commentary comparing the African immigrants shown in it to animals. She was bombarded by more abusive and racist posts.

Photographs uploaded by an Israeli Facebook user on Friday caused a furor, as users responded to the photo album, which included a caption connoting African migrants as “animals.”

The photographs, which featured African migrants in south Tel Aviv’s Levinsky Park, were uploaded by the woman to an album entitled, “Night tour in the south Tel Aviv safari” – probably also in part because of a sign on a local pet shop in one of the photographs.

The caption on one of the images, in which the woman is photographed next to three African migrants, read: “There are no signs that prohibit being photographed with the animals on display. There were also no signs that prohibit feeding them, but we decided not to do that.” In the caption, the woman listed the three men pictured with the following names: “Ubunga Dubanga the Third, Abuba Buba Sabuba and Zanbura Buka Kluga Chaka.”