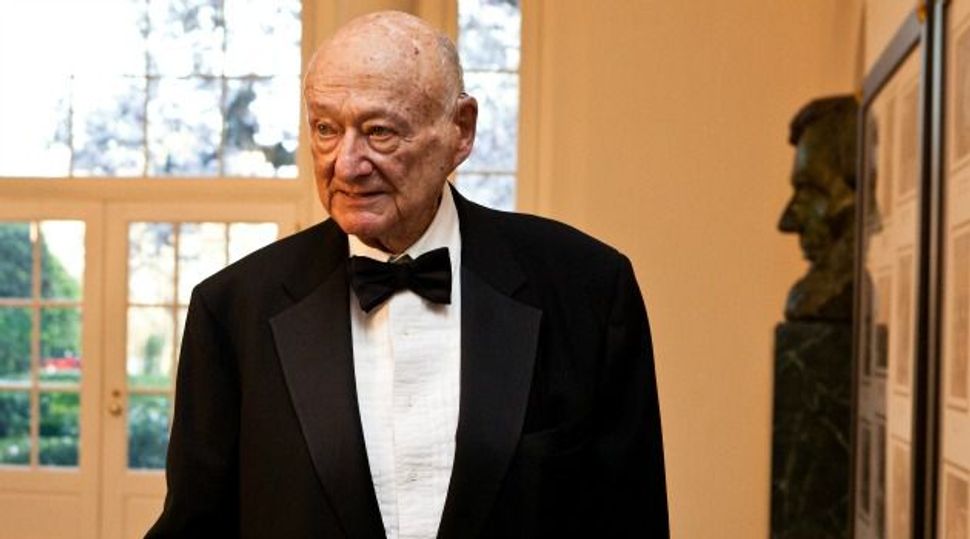 The 87-year-old Koch told New York Post columnist Michael Goodwin that he is very angry with Obama for snubbing Israeli Prime Minister Benjamin Netanyahu during his visit to the U.S.

“There should be a certain courtesy involved,” Koch said. “You don’t just say we can’t fit him into our schedule.”

Koch, who was recently hospitalized with anemia, said he is still backing Obama’s reelection campaign, but concedes that could change, too.

“I’m not off the bus yet, but I’m pissed and I’m going to harangue them,” he said.

The former mayor gave Obama a black eye when he helped elect Republican Bob Turner to a Queens-based Congressional seat after Anthony Weiner resigned in disgrace.

But the two seemed to have made nice after a White House meeting and Koch had vowed to go to Florida to rally Jewish senior citizens to get behind the president. He also denounced GOP vice presidential candidate Paul Ryan for his plans to revamp Medicare.

Now Koch snippily says Obama spoke for two-thirds of their half-hour meeting. “I got 10 minutes,” he complained to the Post.