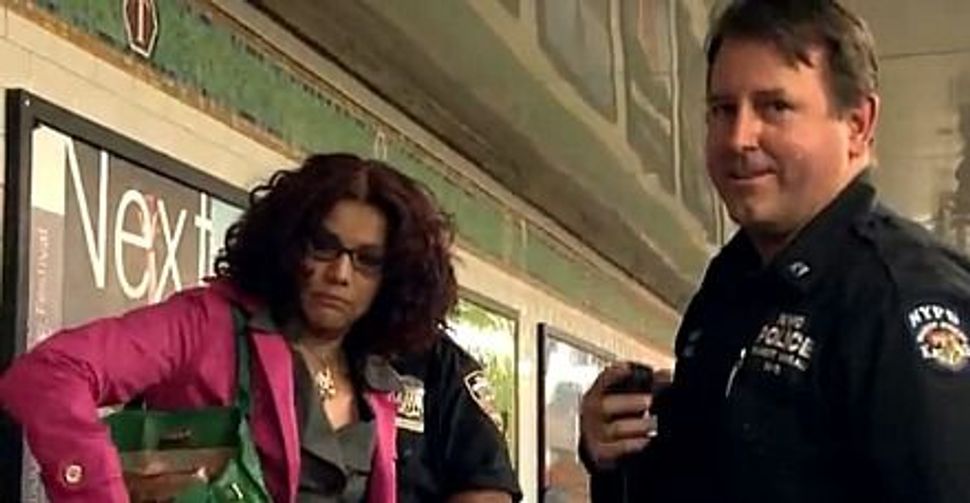 A prominent Egyptian-born Muslim activist was unapologetic for defacing a controversial subway ad that brand enemies of Israel as ‘savage.’

Mona El-Tahawy, a well-known figure who has appeared on CNN and MSNBC, Tweeted that she was proud of her actions after being arrested and spent a night in jail.

She noted that she spent 22 hours behind bars, longer than she was held by Egyptian security during the Arab Spring uprising.

She was confronted by Pamela Hall, a Manhattan woman who supports the message of the ads, which in part read “Support Israel. Oppose Jihad.”

“Do you have a right to do this?” Hall demanded, the paper said.

The entire episode was caught on video by Hall.

Moments later, police arrived and took El-Tahawy away. She was charged with criminal mischief, making graffiti and possession of a graffiti instrument, and held overnight, the Post reported.

The paper did not explain how Hall might have known that El-Tahawy was planning to strike at that poster in the Times Square subway station, one of 10 around the city, or why she had a video camera with her.

It was also unclear who called the police, although cops claimed they are keeping a close eye on the billboards after several others were defaced by stickers denouncing them as racist.