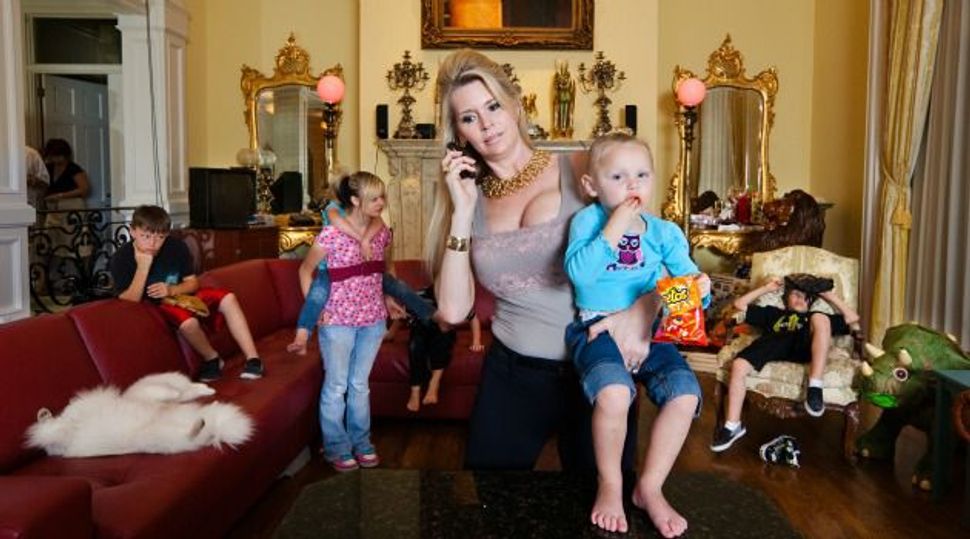 David Siegel, the owner of Orlando-based Westgate Resorts, the largest privately held time-share company in the world, said in an email to the firm’s 7,000 employees this week that he did not want to influence how they voted.

But he warned that “if any new taxes are levied on me, or my company, as our current President plans, I will have no choice but to reduce the size of this company.”

“You see, I can longer support a system that penalizes the productive and gives to the unproductive,” he continued. “My motivation to work and to provide jobs will be destroyed, and with it, so will your opportunities.”

Siegel, an outspoken businessman known for his flamboyant lifestyle, and his wife were the subjects of a recent documentary called “The Queen of Versailles” which documented their efforts to build what would be the largest privately owned home in the United States – a $100 million, 90,000-square-foot mansion just outside of Orlando.

Siegel confirmed to Reuters on Wednesday that he sent the memo and said it appeared to have been leaked by an employee who did not agree with his politics.

“This was a private memo just addressed to my employees,” he said. “I care about their well-being. I just wanted them to know before they go to vote that if Obama gets re-elected, with the new taxes that he’s going to impose … the company most likely is going to have to downsize.”

Tax policy is a central issue in the presidential campaign. Republican candidate Mitt Romney wants to extend lower tax rates set to expire on Dec. 31 for all income groups, while Obama has said he would extend the lower rates only for households earning up to $250,000.

Obama and Romney have both said the current 35 percent corporate tax rate should be reduced but disagree on the extent of the cut and ways to replace the revenue.

Siegel told Reuters in July that Westgate was faring well.

He said in an interview his company had rebounded from the recession and was now the most profitable it had been in its 30-year history. He said Westgate was hiring 1,500 new employees this year and fending off banks that “are throwing money at us.”

Siegel told his employees in the memo that “the economy doesn’t currently pose a threat to your job. What does threaten your job however, is another 4 years of the same Presidential administration.”

He described what he said were years of sacrifice to build the company.

“Even to this day, every dime I earn goes back into the company,” he said. “Over the past four years I have had to stop building my dream house, cut back on all of my expenses, and take my kids out of private schools simply to keep this company strong and to keep you employed.”

He added: “Yes, business ownership has its benefits, but the price I’ve paid is steep and not without wounds. Unfortunately, the costs of running a business have gotten out of control and let me tell you why: We are being taxed to death and the government thinks we don’t pay enough.”