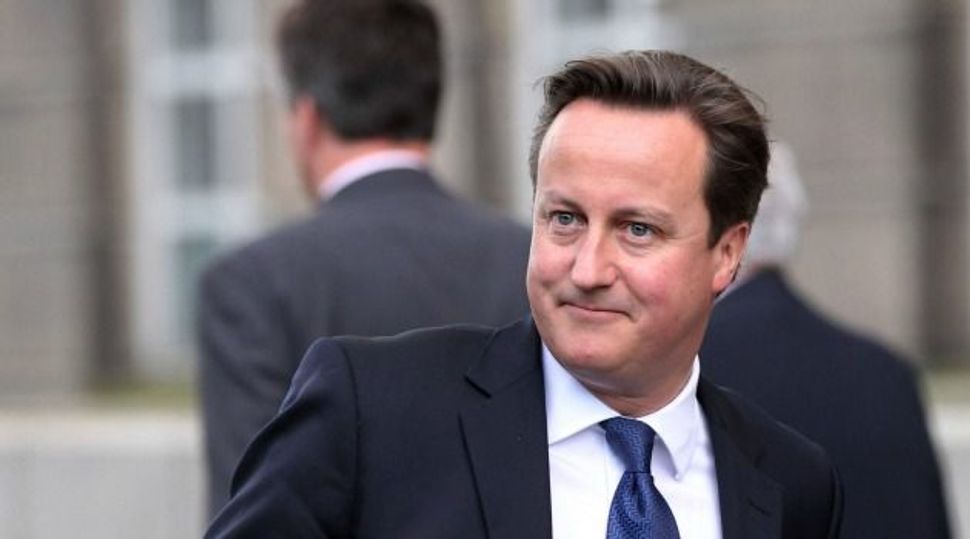 “I have said to Prime Minister Netanyahu that now is not the time for Israel to resort to military action,” Cameron said Monday night at the United Jewish Israel Appeal annual fundraising dinner in London.

But, Cameron told the crowd of 700 Jewish community leaders and supporters, “In the long term, if Iran makes the wrong choice, nothing is off the table. A nuclear-armed Iran is a threat to Israel. And a threat to the world.

“And this country will work unwaveringly to prevent that from happening,” the British leader pledged.

“There is no contradiction between being a proud Jew, a committed Zionist and a loyal British citizen,” he said, reportedly responding to criticism that Gould has “dual loyalties,” according to the newspaper.