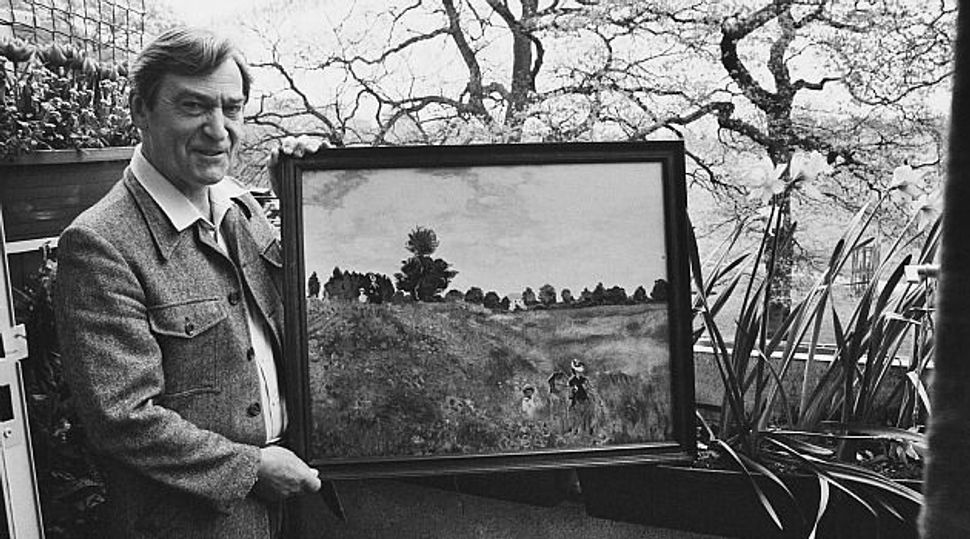 The heir of a wealthy Jewish businessman who sold a Monet painting for an artificially low price as he fled Europe to escape the Nazis is seeking its return from a Swiss foundation.

Emden’s grandfather, Max Emden, fled Germany in 1933, housing his massive art collection, including the Monet, in the Villa Emden in Switzerland. After Max Emden’s death in 1940, his son, Hans Erich Emden, sold his father’s art collection in a fire sale in order to flee Europe for South America.

The painting was sold to a Jewish-German merchant who sold it for less than $40,000 to Swiss citizen Emil Buehrle. The painting currently is valued at $27 million.

Emden reportedly has been working for years to recover his grandfather’s painting from the Buehrle foundation, according to AFP.

The foundation has an art collection that reportedly also includes other works by Monet, as well as Manet, Renoir and Van Gogh, and minor artists.