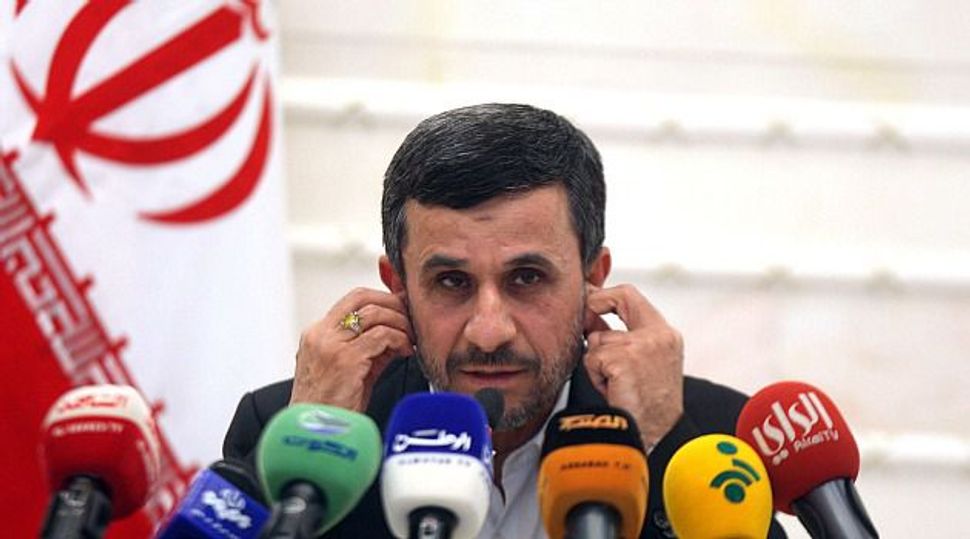 A slowdown in Iran’s accumulation of its most sensitive nuclear material may have helped put off the threat of a new Middle East war for now, but Tehran’s expanding uranium-enrichment capacity suggests any relief could be short-lived.

By dedicating a big part of its higher-enriched uranium to make civilian reactor fuel, Iran is removing it from a stockpile that could be used to make nuclear weapons if refined further and which would otherwise have grown faster.

This may explain why Israel – assumed to be the region’s only nuclear-armed state – recently signalled that an attack was not imminent, after months of speculation that it might be.

But the trend that has emerged in U.N. nuclear watchdog reports on Iran this year could yet be reversible, proliferation experts say: the material can be converted back to uranium gas as long as it has not been introduced into a working reactor.

Doing so “would take a bit of time, but not more than a month or two, using technology the Iranians have already demonstrated that they have mastered,” a Western envoy said.

In addition, Iran’s rapid installation of new centrifuges – the machines that enrich uranium by spinning at supersonic speed – in an underground site gives it the capability to rapidly increase output, analysts say.

Even so, another Vienna-based diplomat said the fact that Iran was making reactor fuel from some of its higher-grade uranium was positive in itself. “Hopefully it could help us buy some time for diplomacy,” the diplomat said.

The question of when and how quickly Iran might be able to assemble a nuclear weapon if it chose to do so is hotly debated in the West because it could influence any decision by Israel to launch military strikes against the Islamic Republic.

The United States and its allies are especially watching how much uranium refined to a fissile concentration of 20 percent Iran is amassing, as this is a short technical step away from the 90 percent level needed for nuclear weapons.

Stoking Western alarm, Iran has sharply expanded this enrichment activity – which compares to the 3.5 percent level needed for most nuclear power plants – over the last year to about 15 kg per month.

By August, Iran had produced 190 kg of 20 percent uranium since this work started in early 2010, nearing the amount needed for one bomb. But roughly half had been fed into conversion for making fuel for a Tehran research reactor, or was about to be.

“The conversion to oxide is relevant because it demonstrates that there is a civilian purpose for the 20 percent product and because the time for reconversion would have to be factored into the break-out scenario,” said Mark Fitzpatrick at the International Institute for Strategic Studies (IISS) think-tank.

“It would not be practical for Iran to make a dash to produce weapons starting with enriched uranium that is in oxide form,” he said.

Israeli Defence Minister Ehud Barak referred to this development last week when he said Iran had drawn back from its alleged ambition to build a nuclear bomb by using more than a third of its higher-grade uranium for civilian purposes.

As a result, he told Britain’s Daily Telegraph newspaper, an immediate crisis was avoided and it “allows contemplating delaying the moment of truth by eight to ten months”, an apparent allusion to a possible Israeli military attack.

Barak – suggesting that talk of Israeli or U.S. strikes may have deterred Iran from building up its 20 percent stockpile further – added however that he believed Tehran was still resolved to make nuclear weapons.

In September, Israeli Prime Minister Benjamin Netanyahu told the United Nations that Tehran would be on the brink of nuclear weapons capability only in the spring or summer of 2013.

Netanyahu and Barak – who regard Iran as a mortal threat – ordered Israeli defence chiefs in 2010 to prepare for an attack on its nuclear sites but were rebuffed, according to a television report on Monday.

The Institute for Science and International Security (ISIS) last month said it did not include 20 percent uranium converted into oxide form in its nuclear bomb breakout scenarios for Iran because of the time needed to change it back.

Iran would need at least two to four months to produce enough weapons-grade uranium for one nuclear bomb and additional time to make the device itself, the U.S.-based think-tank said.

World powers seeking a diplomatic solution to the decade-old standoff over Iran’s nuclear programme want it to halt 20 percent enrichment, close down the underground Fordow plant where it does most of this work and ship out its stockpile.

Iran has signalled it may be ready to suspend the 20 percent activity but says sanctions imposed on the major oil producer must be lifted in return, a demand the West rejects.

Tehran’s move to use some higher-grade enriched uranium for civilian purposes may be a sign of a willingness to compromise, Mark Hibbs of the Carnegie Endowment think-tank said.

“The problem is that Iran has a history of making voluntary concessions and then pulling back from those concessions. They do this again and again,” Hibbs said.