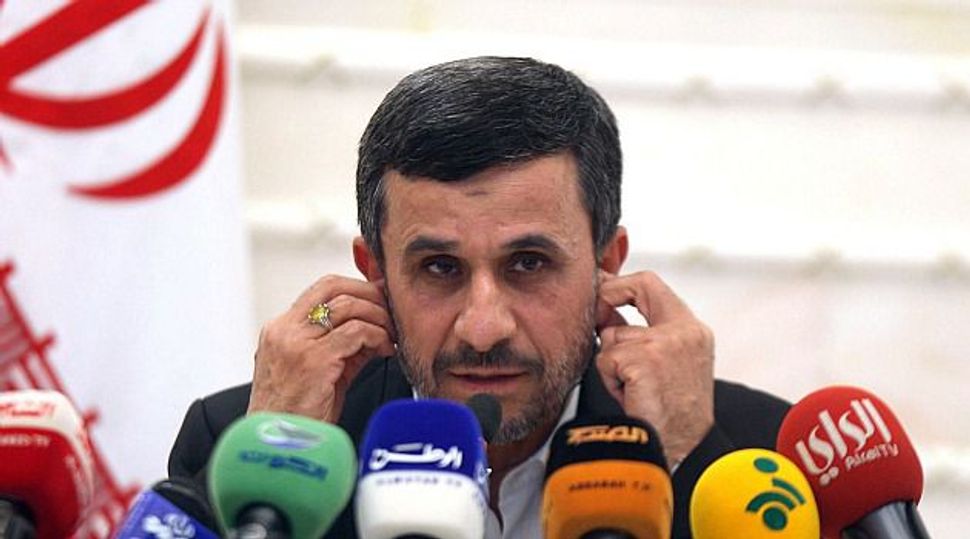 The reelection of President Barack Obama could create an opportunity for new negotiations with Iran on its nuclear programme as sanctions pile economic pressure on its theocratic leaders.

With no more elections to fight, Obama, who has so far resisted calls in the United States and Israel for military action against Iran, appears free to pursue a diplomatic settlement while wielding the threat of yet heavier commercial penalties if Tehran does not bend.

“Obama has prepared the ground very carefully and has the option of trying to cut some kind of a deal on the nuclear issue, and that’s worth a lot to him,” said Gary Sick, an Iran expert and former U.S. national security official.

Last month the White House said the option of bilateral talks with Iran, with whom Washington has not had diplomatic relations for three decades, was under consideration.

Western powers and Israel accuse Iran of secretly preparing to build nuclear weapons while working on a programme that Tehran insists is purely designed for civil purposes.

Israeli Defence Minister Ehud Barak said in a television interview on Wednesday that the Jewish state would not oppose talks between the United States and Iran within strict parameters.

“If the U.S. decides to talk with Iran over a limited and relatively short period only in order to ascertain if it is possible to get it to stop its nuclear programme, we will have nothing to say about this,” Barak told Channel 10.

“But if there is an attempt (by Iran) to drag (the talks) out over many months or a year, then it could be detrimental and it could lead to a form of tension,” he added.

Tehran’s reaction to Obama’s re-election was predictably critical and warned that Washington should not expect to establish a new relationship with Tehran quickly: “After all this pressure and crimes against the people of Iran, relations with America cannot be possible overnight, and Americans should not think they can hold our nation to ransom by coming to the negotiating table,” judiciary head Sadeq Larijani said.

But there are indications Iran’s leadership views Obama’s continued presence as preferable to the arrival of Romney, who some saw as more likely to cooperate with Israeli Prime Minister Benjamin Netanyahu on a possible military strike on Iran.

“Obama’s people are a known quantity. Iran’s leaders know Obama has held the Israelis back from launching a military attack,” said Scott Lucas of the EA Worldview news website, which specialises in covering Iran. “They didn’t know what they were getting with Romney, and they were a little fearful.”

In a revealing speech in Tehran last week, Iran’s former envoy to Paris and the United Nations, Sadeq Kharrazi, praised Obama for his efforts in “reducing tensions between Islam and the West” and trying to “move closer to Iran”.

Obama started his presidency in 2009 with diplomatic overtures to Tehran, but successive rounds of sanctions imposed by Washington and the European Union have cut Iranian oil revenues and sharpened quarrels between factions.

“Obama was a tough president for Iran’s hardliners, because he exposed them as the problem. His … efforts to engage Iran accentuated Tehran’s internal divisions and created greater international unity,” said Karim Sadjadpour, associate at the Carnegie Endowment for International Peace in Washington.

His administration now has a window to pursue talks with Iran, though campaigning for next year’s Iranian presidential election could close it down again in a few months time.

Talks are expected to resume between Iran and the P5+1 group – the five permanent members of the U.N. Security Council and Germany – in November or December after the process stalled in June, and there have been signs that Iran’s most powerful figure, Ayatollah Ali Khamenei, may be ready to move forward.

Negotiations have focused on conditions under which Iran might hold back its enrichment of uranium.

“The chances of getting negotiations up and running are much better with Obama, and he’s likely to go for that,” said one Western diplomat based in Tehran. “The clock is ticking and we need to get it sorted. If the Iranians are looking for a way to climb down, this is a good chance.”

Nonetheless, there is deep mistrust all round. Washington and its allies accuse Iranian negotiators of playing for time to further their programme and strengthen their position. Iran has accused the West of double standards by negotiating while imposing further punitive measures.

“In the past Iran has made steps towards rapprochement, and the Americans have retaliated by increasing sanctions,” said Mohammad Marandi of Tehran University. “There is explicit anger over the attempts to wreck the economy and prevent imports of foodstuffs and medicine, which hurts ordinary people.”

Many blame sanctions for the economic plight of Iran, which has been all but isolated from the international banking system, but they also point the finger at President Mahmoud Ahmadinejad for failed economic policies. Some Iranians expressed relief that Obama secured a second term.

“We hate the policies of the U.S. and Israel, but Obama’s policies are wiser. The only chance we have for the situation not to get worse was an Obama victory,” said Tehran filmmaker Amin, one of several Iranians contacted by Reuters from Dubai.

Many had feared that under Romney the risk of being attacked would have risen and that Washington would have intervened in the Middle East as it did under Obama’s Republican predecessor George W. Bush. Among them was 32-year-old dissident journalist Mira.

“Iranians believe war would be destructive and would catapult the region two or three decades back,” she said.