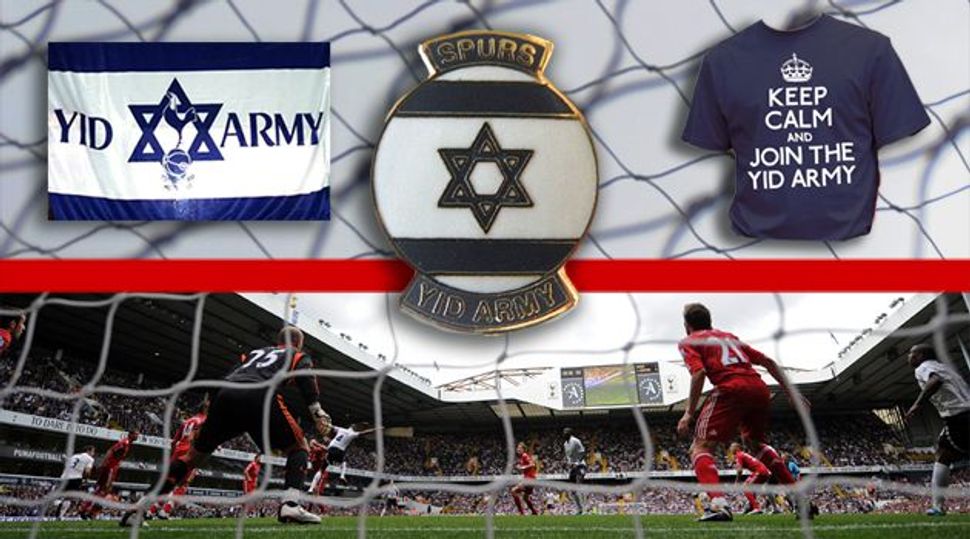 The Society of Black Lawyers this week threatened to file a complaint with the Metropolitan police by Nov. 20 unless Tottenham Hotspur and the Football Association make greater efforts to end what they say is anti-Semitic chanting.

In a statement in response, the team said the terms were used to push back against abuse.

“Our fans adopted the chant as a defence mechanism in order to own the term and thereby deflect anti-Semitic abuse,” the team said. “They do not use the term to others to cause any offence.”

Supporters of Tottenham Hotspur Football Club in the 1970s appropriated the terms “Yid,” “Yiddo” and “Yid Army” as a defense against fans from opposing teams who taunted them with the epithets.

Tottenham is a north London neighborhood that in the early 20th century had a substantial Jewish population. The team has long enjoyed Jewish support and was one of the first British teams to farm Israel for players.