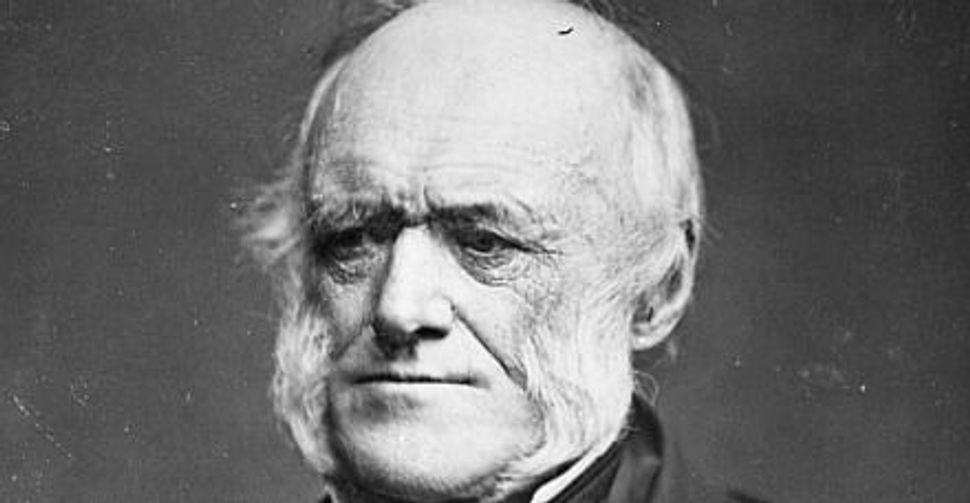 A Georgia congressman who attacked the theory of evolution found himself with an unlikely opponent in Tuesday’s election when 4,000 voters in one county cast write-in ballots for the 19th century father of evolution, British naturalist Charles Darwin.

In a speech, Paul Broun, a physician and member of the U.S. House of Representatives Science, Space and Technology Committee, called evolution and the Big Bang Theory, “lies straight from the pit of hell.”

Since Broun, a Republican, had no opposition in the November general election, a University of Georgia plant biology professor, Jim Leebens-Mack, and others started a write-in campaign for Darwin, the father of the theory of evolution.

“We don’t feel our interests are being best served by an anti-science fundamentalist representing us on the Science, Space and Technology Committee,” Leebens-Mack told Reuters Friday.

The write-in votes in Athens-Clarke County will not count officially since Darwin was never certified as a write-in candidate, but Leebens-Mack hopes the campaign will encourage a strong candidate, Democrat or Republican, to challenge Broun in 2014.

“I think there could be Democratic opposition but even more likely is having a rationale Republican who understands issues like global warming, scientific reasoning more generally,” said Leebens-Mack.

Broun’s office issued a statement on Friday that did not directly address Darwin, saying that the congressman “looks forward to representing the … constitutional conservative principles” of his constituents.

The statement also noted that Broun “received a higher level of support from his constituents in Athens-Clarke County this election cycle than in any of his previous campaigns.”