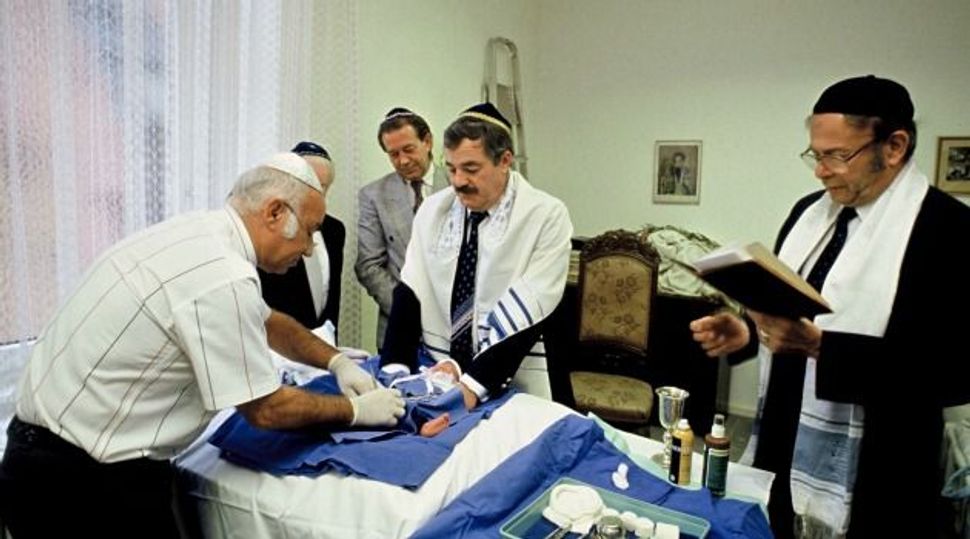 A new proposal by liberal and left-leaning legislators in Germany would bar ritual circumcision for boys under the age of 14.

Some 50 members of Parliament – from the Social Democratic Party, the Left Party and the Greens – have signed on to the proposal, which they hope will preempt another bill currently awaiting parliamentary approval. That bill, submitted last month, would allow Jewish and Muslim parents to choose ritual circumcision for an infant son under strict regulations, including medical training for the circumciser and the use of anesthesia.

The new proposal would prohibit the non-medical circumcision of infants, and would require that the procedure be carried out by a trained urologist or pediatric surgeon, according to German news reports. The legislators reportedly insist that the child himself should be able to decide whether or not to allow “such a serious interference with his bodily integrity.”

The current campaign against ritual circumcision in Germany, which is led by a cadre of activists and boosted by some politicians on the left, picked up steam last May after a Cologne District Court ruled that the circumcision of a minor was criminal assault. The ruling came to light in the general public in June. In response, Jewish and Muslim leaders demanded a legal response that would protect their religious freedom.

Though the bill submitted in October introduces new restrictions on a ritual practiced without interruption for centuries in Germany, Jewish and Muslim groups have praised it as a way to protect their religious freedom against increasing onslaughts by opponents of circumcision.

The new attempt by left-leaning lawmakers would undermine that security and is expected to meet vigorous opposition in the Bundestag.