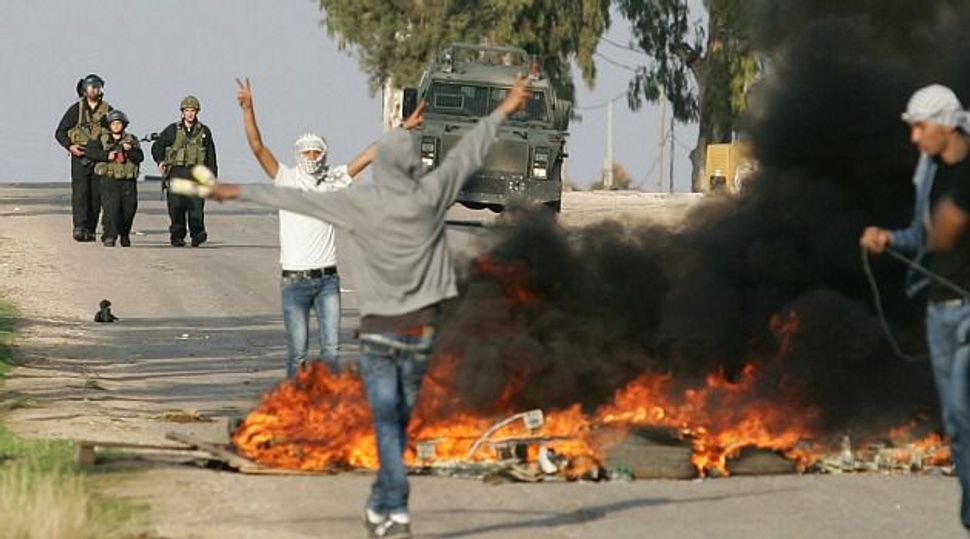 The shadowy commander of the Hamas armed wing in Gaza, who has topped Israel’s most-wanted list for about 20 years, told the Islamist militia on Tuesday they were winning the battle against Israeli forces and should fight on.

Deif has said Jews have “no right to even an inch” of mandate Palestine and will be driven from the land. Ten years ago he survived at least two Israeli attempts on his life and is virtually never seen in public. He spoke via recorded message.

“The ground war they threaten us with would be the biggest hope for us to free the prisoners,” Deif said in defiance of Israeli armour formed up on Gaza’s border.

Forcing Israel to release thousands of jailed Palestinians is a Hamas priority. In October 2011, Hamas freed an Israeli soldier held captive for five years in exchange for more than 1,000 prisoners.

Broadcast by Hamas as a morale-booster on the seventh day of a conflict that has killed 115 Palestinians and three Israelis, the co-founder of the Izz al-Din al-Qassam Brigades said his fighters had changed “the rules of engagement” with Israel.

The upgrading of Hamas’ military capabilities “took years of preparation since the last war and will represent the starting point towards liberation”, said the man Israel believes designed the Qassam rockets that have harassed southern Israel for years.

His brigades, which fought a three-week war with Israel in 2008-09, have fired nearly 1,000 rockets and mortar bombs at Israeli targets in the past week, introducing long-range Iranian-made Fajr 5 rockets to target Tel Aviv and Jerusalem in what Hamas celebrated as a psychological coup.

A long-range M75 rocket, which the militants say is made in Gaza, was fired at Jerusalem on Tuesday, exploding in open land, as world pressure for a ceasefire mounted on Hamas and Israel.

Some observers estimate the Iranian-backed Hamas armed wing has 25,000 fighters in the Gaza Strip.

Deif eluded an Israeli attempt to kill him in 2001 when a helicopter gunship blew apart his car seconds after he jumped out. Israeli helicopter gunships tried again in 2002 and killed two militants but Deif escaped, badly wounded.

He said Israel made a “foolish” move when they killed his deputy Ahmed Al-Jaabari, the day-to-day military chief, in a precise missile strike last Wednesday at the start of the offensive, and had badly underestimated the response from Hamas.

“The enemy will pay a heavy price for the despicable crime,” he said.