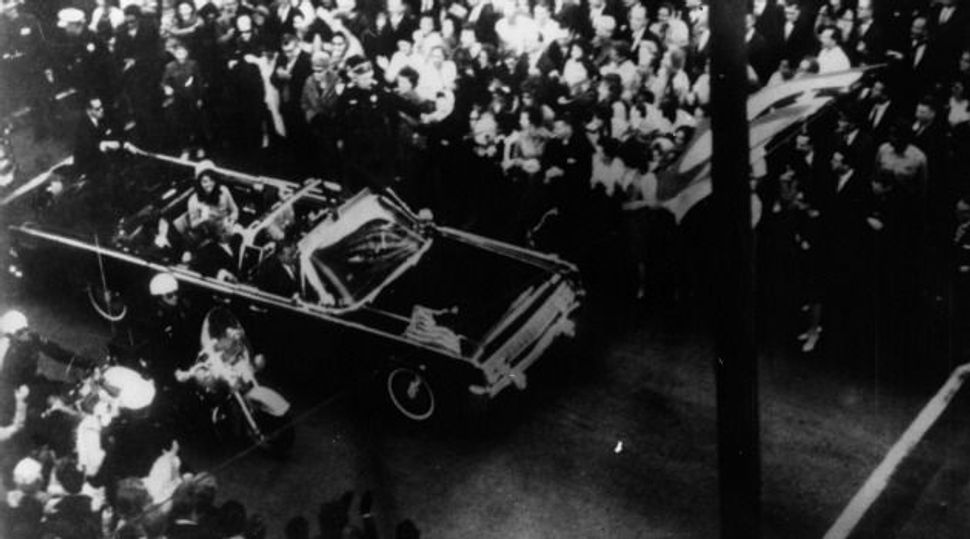 One year before the 50th anniversary of John F. Kennedy’s assassination, events and tributes are already beginning in the Dallas area to commemorate the slain U.S. president and a defining moment in American history.

The city announced this week that it would hold a memorial service at 12:30 p.m. local time on Nov. 22, 2013, at Dealey Plaza, the precise time and place that Lee Harvey Oswald is believed to have shot Kennedy.

The service will be a departure for Dallas, which has generally shunned publicity of one of the darkest events in its history. Crowds gather every year on the anniversary of the assassination, but the last public ceremony was 20 years ago to recognize Dealey Plaza’s listing on the National Register of Historic Places.

This week, a Texas historical marker was dedicated to Dallas Police Officer J.D. Tippit, whom Oswald shot to death in the Oak Cliff section of the city, shortly after the shooting of Kennedy during his motorcade parade in the nearby downtown area.

Tippit was on patrol when he spotted Oswald and stopped to question him. Witnesses told police that Oswald shot Tippit four times. Oswald was arrested a few blocks away in the Texas Theatre a short time later, Dallas police said.

“There is going to be a lot going on in Dallas next year at this time so we decided to do our tribute this year so it is not overshadowed,” said Phil Leven, president of the Oak Cliff Conservation League, a grass-roots community organization. “Officer Tippit died in the line of duty, and we feel this is a good opportunity to raise awareness and give him the recognition he deserves.”

The marker at 10th and Patton streets is the spot where Tippit was killed.

Thirty miles to the west on Nov. 8, Fort Worth opened the John F. Kennedy Memorial as a tribute to the last hours of the life of the 35th president.

“This is something that we have been trying to accomplish for about 15 years,” said Andy Taft, president of Downtown Fort Worth Inc, a community organization. “We wanted to mark this place as a national treasure that celebrates this moment in history and the life of JFK.”

The 8-foot (2.4-meter) bronze sculpture of Kennedy, the centerpiece of the tribute, is located in downtown Fort Worth at the spot where the president delivered his last public address. Thousands waited in the rain on Nov. 22, 1963, to catch a glimpse of him and First Lady Jacqueline Kennedy.

Kennedy then went inside the Hotel Texas, now a Hilton, where he delivered his final speech at a Fort Worth Chamber of Commerce breakfast before his motorcade departed for the trip to Dallas.

Fort Worth leaders had originally recognized Kennedy’s visit by renaming the theater in the nearby Tarrant County Convention Center for him. But when the theater was torn down in 2000 to make way for expansion of convention space, a community initiative began to create a new tribute.

Lawrence Ludtke of Houston, who is now deceased, was commissioned to design the sculpture, but the undertaking stalled after the Sept. 11, 2001, attacks on New York and Washington, Taft said.

A few years ago, the city made the tribute a top priority again, and Taft enlisted the help of Fort Worth patrons to raise $2 million to complete the bronze work of Ludtke’s clay model.

“The focus of what we have done is completely different than the focus in Dallas because of the death,” said Taylor Gandy, one of the Fort Worth patrons. “Ours is a celebration of Kennedy’s life and the activities of his last day. It is two different stories told from two different perspectives.”

Fort Worth’s memorial also contains a wall of photographs from the president’s last visit and audio links to his last two speeches.

Dallas and Fort Worth officials are expecting the 50th anniversary of Kennedy’s assassination to draw thousands of additional visitors to the significant sites throughout the year and especially around Nov. 22.

The Sixth Floor Museum is one of the city’s top destinations. Located in Dallas’ Dealey Plaza National Historic Landmark District, it chronicles the assassination and the legacy of Kennedy.

“We normally get about 320,000 visitors a year but in the next year, we’re expecting about 350,000,” said Carol Murray, a spokeswoman for the private, nonprofit exhibit. “There continues to be a lot of interest from both older people who remember the assassination, as well as younger people whose imaginations have been captured by the Kennedy legacy.”