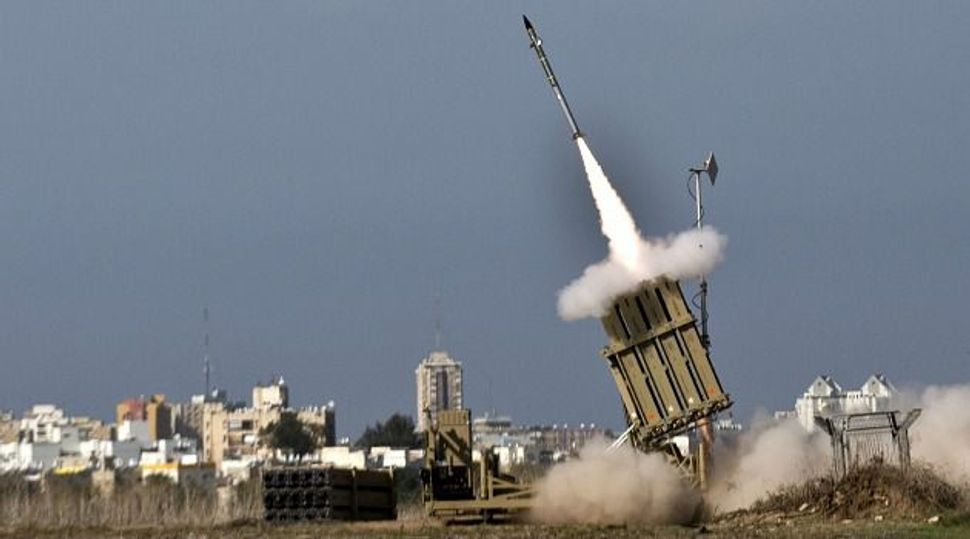 Israel’s Iron Dome interceptions of Palestinian rockets during eight days of Gaza fighting cost $25 million to $30 million, the government said on Thursday, arguing the U.S.-backed system was well worth the money.

“Were Iron Dome traded on the (Tel Aviv) stock exchange or Nasdaq, it would have multiplied its share value several times over,” Civil Defence Minister Avi Dichter told Israel Radio in an interview where he outlined the system’s outlay.

It put Iron Dome’s success rate at 90 percent. To lower costs, the system engages only rockets that threaten populated areas, though it often fires two interceptor missiles at once.

If more Hamas rockets had got through, especially the handful fired at the commercial hub Tel Aviv, and caused mass casualties, devastating Israeli retaliation perhaps including a full-scale ground assault would have been nearly certain.

A senior official estimated that such escalation could cost Israel as much as $380 million a day. Keen to stem that risk, the United States has been helping bankroll Iron Dome. President Barack Obama pledged further support on Wednesday.

Israel says it needs 13 batteries for satisfactory nationwide defence. A defence industry source put the unit cost for Israel at around $50 million.

The focus of Israel’s aerial assault on Gaza were the stockpiles and launch silos of rockets imported or improvised by Hamas and other factions. Gaza medical officials said 162 Palestinians were killed, more than half of them civilians.

Iran denies supplying arms to the Palestinians. But the Iranian Young Journalists Club website on Wednesday quoted the commander of the Islamic republic’s Revolutionary Guards, Mohammad Ali Jafari, saying the corps had “put the technology of Fajr-5 missiles at their (Gazans’) disposal and right now a good number of these have been made and are available to them”.