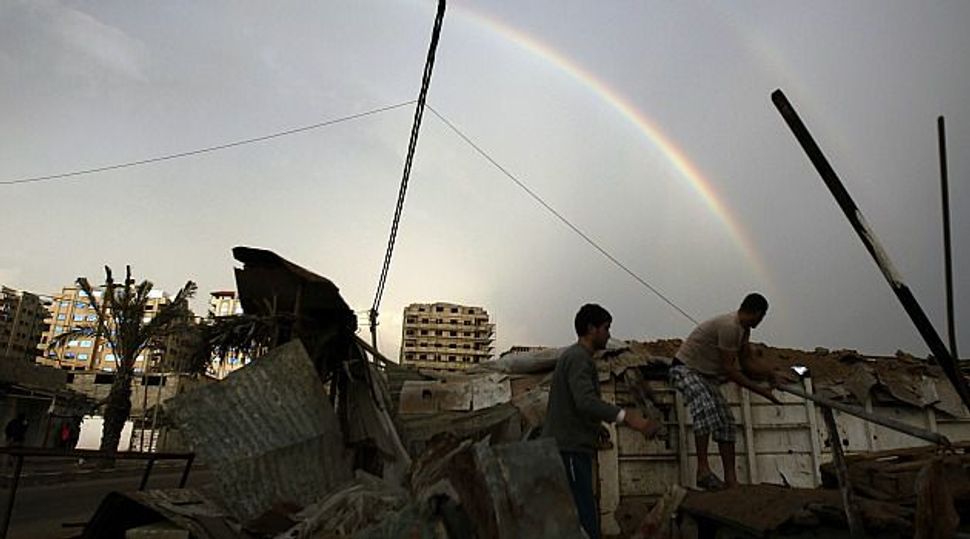 Israeli gunfire at the Gaza border killed one Palestinian on Friday and wounded several others, medics said, two days after a ceasefire between the territory’s Islamist rulers Hamas and Israel took hold.

A Hamas spokesman accused Israel of violating the Egyptian-mediated truce and said the group would complain to Cairo. An Israeli military spokeswoman said the army was checking reports of the incident.

Medics said Anwar Qdeih, 23, was hit in the head by Israeli gunfire after he approached the security fence that runs along the Gaza frontier – an area that Israel has long declared a no-go zone for Gazans.

A relative of the dead man, who was at the scene, told Reuters that Qdeih had been trying to place a Hamas flag on the fence. He added that an Israeli soldier had fired into the air three times before Qdeih was hit in the head by a bullet.

Hamas spokesman Sami Abu Zuhri said: “We will contact the Egyptian mediator to discuss the incident.”

According to the terms of the accord, both Israelis and Palestinians agreed to stop their hostilities. However, the brief document said details on access to the tense border zone would be worked out in the days ahead.

Seven other Palestinians have been wounded by Israeli gunfire from the border since the start of the ceasefire, medics said. Six of them were hurt on Friday and one on Thursday, when the Israeli military said 200 Palestinian “rioters” approached the fence.

Avital Leibovich, an Israeli military spokeswoman, wrote on her Twitter account on Friday morning: “Right now on (the) Gaza side of the border: dozens of Palestinians hurling rocks as they attempt to breach the border fence.”

Israel’s army constantly patrols the border area and says its forces have come under increasing attack this year, with militants planting explosive devices and firing an anti-tank missile on at least one occasion.