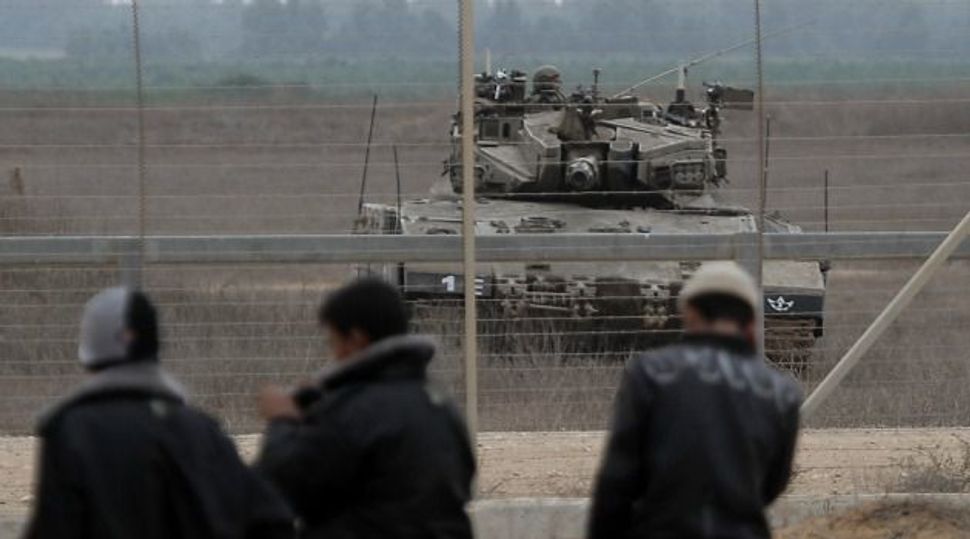 Hamas Islamists enforced a fragile two-day-old truce on Friday by evacuating Palestinians from a “no-go” border zone after Israel shot dead a Gaza resident there in the first fatality since the ceasefire.

The rare move by the group in control of the Gaza Strip followed intervention by Egyptian mediators who urged both sides to take steps to preserve the truce that ended eight days of fierce Israeli-Palestinian fighting on Wednesday.

Israel said its troops opened fire after protesters, some of them throwing stones, tried to breach a Gaza border fence, violating a 300-metre wide security zone where Israel has barred Palestinian access since 2009.

Hamas denounced the shooting which killed Anwar Qdeih, 23, and injured 15 other people, as a violation of the truce.

Health officials said Qdeih was shot in the head.

Palestinian Foreign Minister Riad Malki, speaking from talks with Italian leaders in Rome, said the incident was “a clear violation of the agreement and should not be repeated”.

The ceasefire, though, remained intact, with no reports of rockets being fired at Israel, after Egypt contacted both sides, Palestinian sources close to the truce negotiators said.

Hamas security officials, coming closer to the Israeli border fence than ever before, escorted Palestinians away from the site, witnesses, including a Reuters photographer, said.

A Palestinian security source confirmed the move to Reuters, saying “yes, there are instructions to implement the agreement and at the same time protect the people. The instruction is not to allow people to approach the border fence.”

Hamas spokesman Sami Abu Zuhri said that “deploying national security members on the edges (border) was in implementation of the (truce) agreement and to provide protection to the farmers in that area.”

Omar Qdeish, a witness and relative of the man who was killed said he “was trying to put a Hamas flag on the fence” when he was shot.

“The army fired three times into the air. Anwar shouted at them ‘Jaabari is behind you’, then they shot him in the head,” he told Reuters.

Israel killed Ahmed al-Jaabari, the Hamas military chief, on Nov. 14 at the start of an offensive Israel said it launched to halt rocket fire at its territory.

In the following eight days of fierce fighting that ended on Wednesday, 166 Palestinians – including three who died of their wounds after the ceasefire – and six Israelis were killed.

An Israeli military spokeswoman said of Friday’s incident that soldiers fired warning shots into the air to push back some 300 Palestinians including protesters attempting to breach the border fence.

“After the rioters did not comply, the soldiers responded by firing toward the legs of the rioters,” the spokeswoman said.

Israel closely polices the Gaza border, and its troops have come under increasing attacks by militants planting explosives or firing anti-tank rockets in the past year.

Under the ceasefire, both Israelis and Palestinians agreed to stop their hostilities. However, the brief document said details on access to the tense border zone would be worked out at a later stage.

In a sign that Israel meant to stick to the truce, Prime Minister Benjamin Netanyahu’s government formally cancelled a state of national emergency it had launched at the start of the fighting.