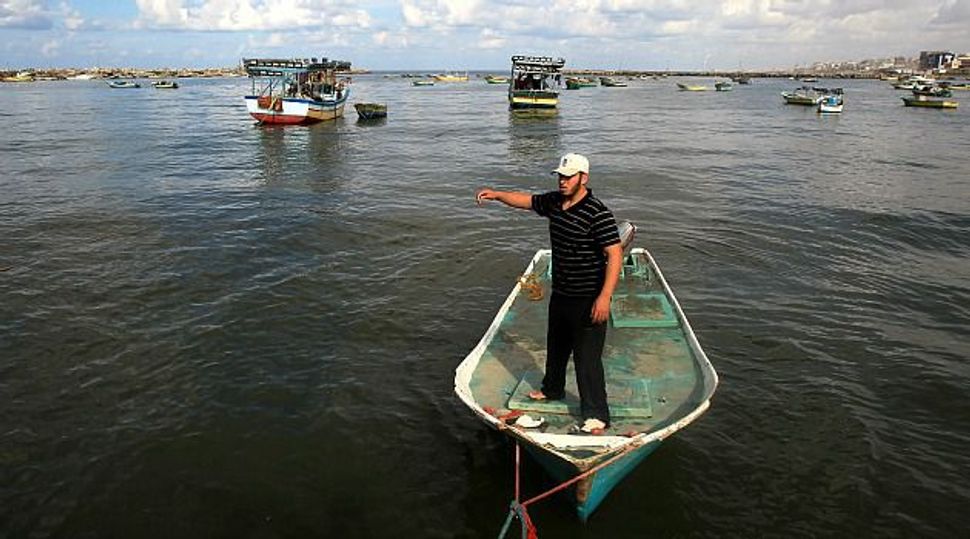 Making Progress: Easing restrictions on Gaza?s thriving fishermen is part of the truce deal between Israel and Hamas. Image by getty images

Israel eased restrictions on Gaza fishermen and farmers on Saturday, Palestinian officials said, advancing a three-day-old truce brokered by Egypt after a week of fierce fighting.

Gaza’s children also headed back to school in their hundreds of thousands, in another indication normal life was returning after eight days of fierce cross-border fighting in which 166 Palestinians and six Israelis were killed.

Nonetheless, senior Hamas leader Mahmoud al-Zahar showed how fragile the ceasefire remained, with defiant remarks to reporters of how the Islamists would go on smuggling in weapons “by all possible means”, including via Israel’s arch-foe Iran.

A statement from the office of Hamas Prime Minister Ismail Haniyeh said Egypt had notified them that “Israel has allowed Palestinian fishermen to fish in Gaza’s waters at a distance of 6 miles (10 km), up from 3 miles”.

The Egyptian-brokered truce deal agreed on Wednesday calls on Israel to ease curbs on coastal Gaza, which it has largely blockaded since Hamas, which rejects the Jewish state’s right to exist, took power there in 2007.

Israel had formally barred Gaza fishermen from heading more than 3 miles out into the Mediterranean Sea for about 3 years, its gunboats often enforcing the rule, a measure Israel said was intended to prevent weapons smuggling.

Murad Al-Issi, a member of a fishermen’s group, told Reuters his colleagues had already ventured out to the 6-mile limit on Saturday, undisturbed by Israel.

“The Israeli army naval boat which used to fire and torch Palestinian boats that sailed beyond a 3-mile distance watched without doing anything to prevent them,” Issi said.

Palestinians say the Israeli restrictions had hampered the amount and variety of fish they could catch.

Inside Gaza, Palestinian farmers tended land along the testy frontier with the Jewish state without incident, signalling Israel was easing restrictions of the past 3 years barring Palestinians from coming within 300 metres of a border fence.

The change took place a day after Israeli troops killed a Palestinian man at a Gaza border fence, saying protesters there threw stones and tried to breach the barrier.

Palestinians denounced the shooting as a violation of the ceasefire and Egypt intervened to restore calm.

On Saturday, a Reuters photographer saw farmers in the Khan Younis area working close to the Israeli frontier fence.

Hamas security officials were on patrol and Israeli soldiers looked on without interfering, but for a brief verbal exchange between one soldier and a Hamas guard, witnesses said.

Israel had no comment on whether it had eased conditions for either the fishermen or farmers.

Zahar, the senior Hamas leader, sounded a triumphal note despite the death toll and damage the Israeli offensive caused in Gaza, where many saw the truce as a victory for having forced Israel to modify its blockade of the territory and help both sides avoid a potentially deadlier ground assault.

Zahar said Hamas would continue to arm itself with the help of Israel’s arch-enemy, Iran, though the truce signed in Cairo calls for a cessation of rocket fire at Israel, which Israel gave as its reason for launching its attacks in mid-November.

“We have no choice but to continue to bring in weapons by all possible means,” Zahar said, adding that he expected Tehran would “increase its military and financial support to Hamas”.

“We have a right to take money and weapons from Iran. They (Iran) give to us for the sake of God, no conditions attached, and I am a witness to that,” Zahar told reporters.

Zahar said that after Hamas’s rain of rocket fire that reached as far as Tel Aviv and paralysed swathes of southern Israel, “the Jews will think twice before” attacking Iran, as Israel has earlier hinted it might do to stop a nuclear programme the West fears is destined to produce atomic weapons.

Some analysts say otherwise, however, pointing at how the Israeli military inflicted serious blows to Hamas’s weapons arsenal, showing the world it has cutting-edge technology, particularly when it comes to missile defence.