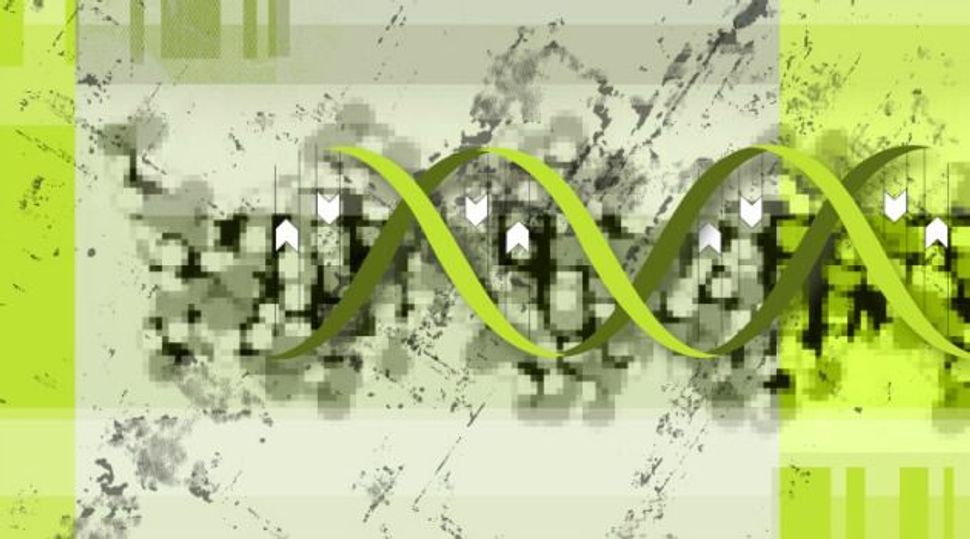 Expectant mothers long have faced the choice of finding out the gender of their child while still in the womb.

But what if parents could get a list of all the genes and chromosomes of their unborn children, forecasting everything from possible autism and future genetic diseases to intelligence level and eye color?

The technology to do just that – prenatal whole genome sequencing, which can detect all 20,000 to 25,000 genes in the genome from fetal blood present in the mother’s bloodstream – is already in laboratories. While not yet available in clinical settings because of the cost, once the price falls below $1,000 it is likely to become common, according to a report by the Hastings Center, a nonpartisan bioethics research institute.

With it will come a host of Jewish ethical dilemmas.

“We need a serious set of conversations about the implications of this new technology,” said Peter Knobel, a Reform rabbi who teaches bioethics at the Spertus Center in Chicago and is the senior rabbi at the city’s Temple Sholom.

How will parents react to a pregnancy destined to produce a child with an unwanted condition? What do parents do when genetic sequencing shows a predisposition for a deadly disease but not a certainty of it? What about diseases not curable now but which may be cured by the time the child reaches adulthood? When, if ever, is the right time to tell a child he or she has a genetic predisposition toward a particular disease?

It likely will be the most contentious social issue of the next decade, predicts Arthur Caplan, director of the Division of Medical Ethics at NYU Langone Medical Center.

”Anyone who thinks that information that could lead to abortion isn’t going to be controversial has been asleep since Roe v. Wade,” Caplan said.

According to Orthodox Judaism’s interpretations of Jewish law, abortion is permissible only when the mother’s health is at risk. The Conservative movement agrees, but its position includes other exceptions.

“Our real concern will be massive increases in the number of abortions,” said Rabbi Moshe Tendler, professor of bioethics at Yeshiva University. “You have a young couple, 22, 23, 24 years old, and they don’t plan to have more than two or three children. Why take a defective child? I call it the perfect baby syndrome. The perfect baby does not exist.”

Rabbi Avram Reisner, a bioethicist on the Conservative movement’s Committee of Law and Standards, says abortion by whim is clearly prohibited.

“Judaism is not pro-life,” said Reisner, the spiritual leader at Congregation Chevrei Tzedek in Baltimore. “Jewish law allows abortion. And it is not pro-choice. It is concerned with managing the health of the mother. It does not support abortion as a parental whim.”

The Reform movement, though adamantly pro-choice, has a similar position.

“Abortion should not take place for anything other than a serious reason,” said Knobel of the Spertus Institute, “hopefully in consultation with a religious or ethical adviser.”

As far as Jewish ethics are concerned, prenatal whole genome sequencing has some elements in common with current genetic testing.

Embryos of Ashkenazi Jews routinely are tested for such diseases as Tay-Sachs and the breast cancer genes BRCA – two illnesses disproportionately common among Ashkenazim.

In haredi Orthodox communities where arranged marriages are common, matchmakers routinely consult databases that hold genetic information anonymously to see whether a match would face a genetic obstacle. That practice, and genetic testing during pregnancy, has practically eliminated Tay-Sachs disease in the American Ashkenazi community, according to Michael Broyde, professor at the Emory University law school and a member of the Beth Din of America, an Orthodox rabbinical court.

The difference between prenatal sequencing and current genetic testing is the amount of information and its usefulness. Current tests look for specific genetic disorders. Prenatal sequencing is a fishing expedition, looking at everything.

At present, the information is of limited use. No one knows what 90 percent of genes do, and it usually takes more than one gene to do anything. Furthermore, genes are not destiny: Just because one has the genes for certain diseases, such as coronary heart disease, does not mean one will get it.

Some say that raises the question of whether Jews should be undergoing genome sequencing at all.

The operative question, he notes, is whether it will cure or detect a serious disease.

“With all questions of this type, the law doesn’t ask how something is being done; it asks what we are accomplishing,” Broyde said. “If sequencing makes people healthier, it’s a good thing. If it’s going to make people ill, it’s sinning.”

Knobel says, “We need what I call an ethics of anticipation. We need a serious set of conversations about the implications of using the new technology, about how we can understand the values and ethics and come to grips with what it means in the long term.”