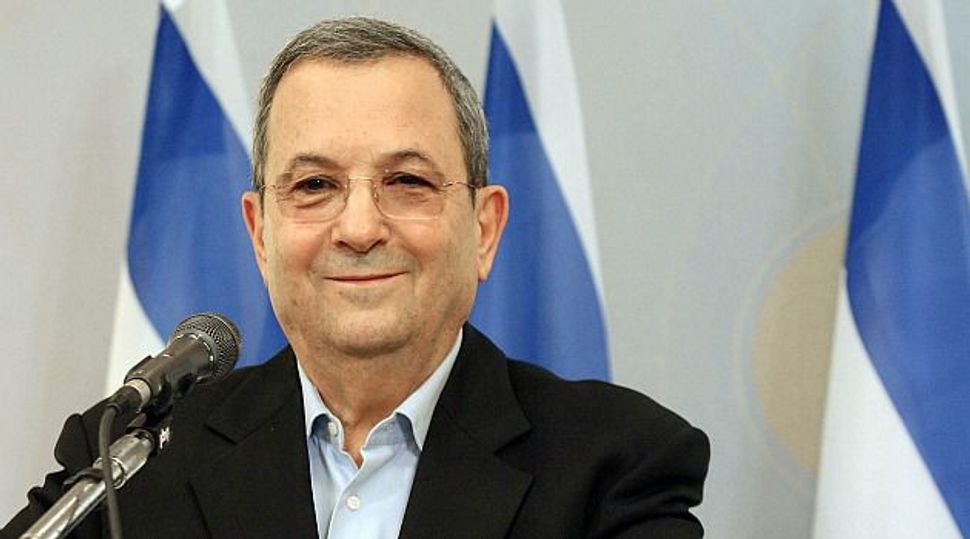 Won?t Run Again: Ehud Barak, a key architect of Israel?s policies against Iran and a regular liaison to U.S. leaders, is leaving politics and will resign after the January elections. Image by getty images

Israel’s Defence Minister Ehud Barak said on Monday he was quitting politics, a surprise decision that deepens uncertainty over how Israel will confront Iran’s nuclear programme.

Barak’s political fortunes appeared to be on the rise after Israel’s eight-day offensive in the Gaza Strip ended in a truce, but polls predicted his centrist party, a junior partner in right-winger Benjamin Netanyahu’s government, would win no more than four seats in Israel’s 120-member parliament.

A former head of the centre-left Labour Party, Barak has insisted he and Netanyahu have been united on policy toward Iran, an issue that has often put the prime minister at odds with U.S. President Barack Obama.

But as the only centrist member of the governing coalition of right-wing and pro-settler parties, Barak has frequently visited Washington for talks with top U.S. officials and had criticised Netanyahu for airing differences with the United States.

“He has had very close relationships with his U.S. counterparts, and while that has had an influence on his readiness to act militarily against Iran, he has been prepared for a unilateral Israeli strike if he thought that would be necessary,” Ross told Reuters.

“Whoever would replace him in the next government will be hard-pressed to have the same stature or influence both with the prime minister (Netanyahu) and with us,” he said.

At a hastily-called news conference, he said he would not be a candidate in an election on Jan. 22 that Netanyahu’s Likud party is forecast to win.

He said he would remain in his post until a new government was formed in about three months’ time, signalling his decision would have no immediate effect on Israel’s calculations on how best to curb Iran’s nuclear ambitions.

“The Iranian issue remains very important, even after I leave my position in three months. It will remain a central issue on the agenda,” he said.

The 70-year-old ex-general said he wanted to spend more time with his family. Politics, he said, “has never been a particular passion of mine, and I feel there is room to allow other people to serve in senior roles in Israel”.

He said he would be prepared to offer advice to the next prime minister, if asked.

Barak has been defence minister since 2007 and served as prime minister from 1999 to 2001, taking time out from politics after he lost the election to the Likud’s Ariel Sharon.

In a statement, Netanyahu said he “respects Defence Minister Ehud Barak’s decision and thanks him for his cooperation in the government and highly appreciates his long-standing contribution to the security of the state”.

The Hamas movement ruling Gaza saw Barak’s decision to quit as proof that this month’s Israeli assault on the enclave was a disaster.

“This is evidence of the political and military failure that the government of Netanyahu and his defence minister suffered,” said Hamas spokesman Fawzi Barhoum.

Israel has called its offensive a success, saying it destroyed most of Hamas’s long-range rocket arsenal and killed the Islamist group’s top militants.

A former commander in an elite commando unit, Barak tried unsuccessfully to make peace with both the Palestinians and Syria during his time as prime minister.

He was at the forefront of Israel’s campaign for stronger international sanctions against Iran to halt what Israeli and Western leaders fear is a drive to produce nuclear weapons, allegations Tehran denies.

He has cautioned that Tehran was nearing a “zone of immunity” that would put deeply buried and fortified nuclear facilities out of reach of Israel’s military capabilities, stoking international concern it could opt to strike Iran.

But last month, Barak told Britain’s Daily Telegraph newspaper that an immediate crisis was avoided when Iran chose to use more than a third of its medium-enriched uranium for civilian purposes earlier this year.

He told the paper that the decision “allows contemplating delaying the moment of truth by eight to ten months”.

Listing his achievements, Barak said he had led the defence establishment and the Israel Defence Forces through a rehabilitation after the second Lebanon war in 2006 and the building of capability to deal with the threat from Iran.

Barak’s decision to call a news conference, with only two hours’ notice, had touched off speculation he might announce the formation of a new centrist bloc to challenge Netanyahu’s frontrunning Likud in the upcoming ballot.

Former Foreign Minister Tzipi Livni and ex-Prime Minister Ehud Olmert have been widely touted as possible candidates to lead such a bloc. Neither has announced their intentions, with only Livni widely expected to run.