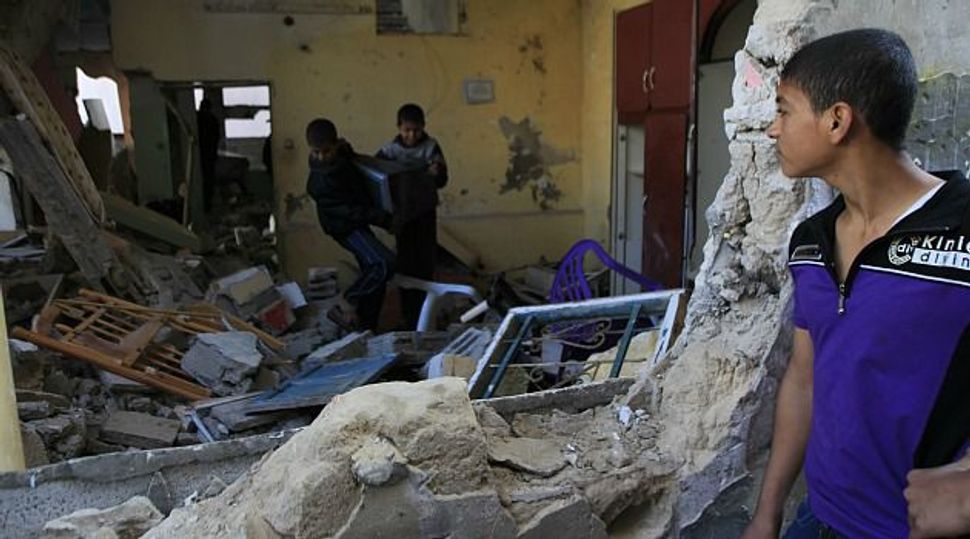 Gaza’s prime minister has appealed to Arab states and friends of the Palestinian people to help pay for reconstruction after a week of Israeli aerial attacks on the enclave inflicted damage assessed at between $250 million and $545 million.

“We urge Arab brothers and the international community to stand beside the Palestinian people and Gaza in order that we can reconstruct what has been destroyed by the occupation (Israel) and to rehabilitate the infrastructure,” Ismail Haniyeh told Reuters Television.

Haniyeh noted that Gaza had still not recovered from destruction suffered in a three-week war with Israel in December 2008-January 2009. Donor states pledged some $4.8 billion for Gaza reconstruction in 2009 but little of that promised aid has materialised, apart from $400 million guaranteed by the wealthy Gulf emirate of Qatar just weeks before the latest conflict.

Israel and Haniyeh’s Islamist movement Hamas, which rules the Gaza Strip, agreed to an Egyptian-drafted ceasefire two weeks ago to end eight days of fighting. Israel launched its air offensive on Nov. 14 with the stated aim of stopping Gaza militants from firing rockets at its southern towns and cities.

About 170 Palestinians, more than half civilians, died in the fighting. Six Israelis were killed, four of them civilians.

Estimates varied of the extent of property damage and business losses in Gaza, a small, widely impoverished coastal enclave of 1.7 million Palestinians.

Omar Shaban, a prominent Gaza economist, estimated direct losses from destroyed buildings, security compounds and infrastructure at around $250 million, in addition to $24 million in indirect losses arising from the suspension of production in factories and businesses.

Shaban expected Qatar would be among the first to offer aid.

The Israeli government has issued no figures on economic losses during the conflict, which disrupted life mainly in the south of the country and led to the mobilisation of some 40,000 military reserve troops.

Israel’s Finance Ministry has said it plans to compensate those who suffered damage and for lost wages in the south.