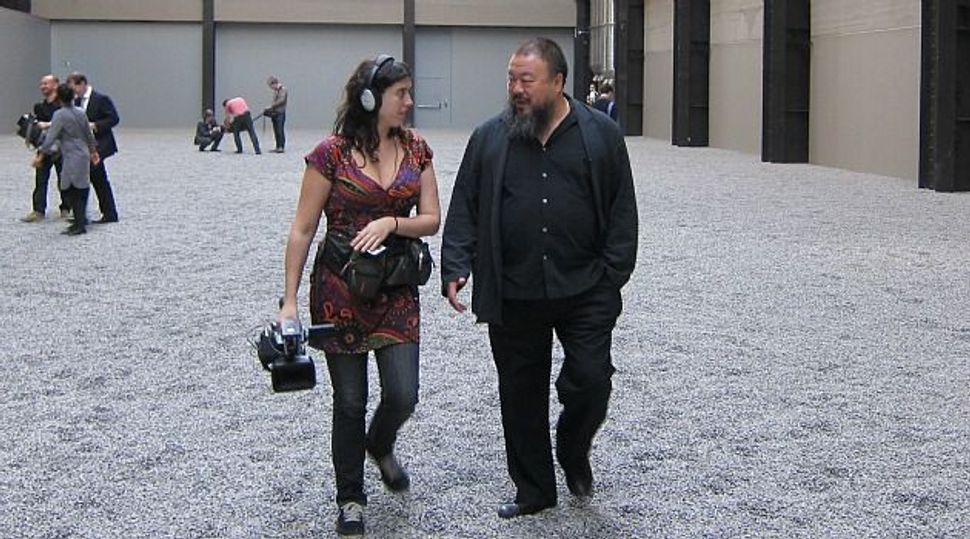 Two Israeli films are on the Academy Awards’ short list for the best documentary category, along with one created by a 2012 Forward 50 selection.

“5 Broken Cameras,” directed by Emad Burnat and Guy Davidi; and “The Gatekeepers,” directed by Dror Moreh, were among the 15 finalists culled from 126 films in the best documentary category, the Academy announced Tuesday.

“5 Broken Cameras” documents the first years of director Burnat’s baby’s life against the backdrop of the West Bank village of Bil’in’s battle against the Israeli security fence. Five of Burnat’s cameras were smashed by the Israel Defense Forces as he documented friends and family members being shot and injured by Israeli troops. The film won the documentary director’s award this year at the Sundance Film Festival.

Other documentaries on the short list include: “Ai Weiwei: Never Sorry,” about a persecuted Chinese artist, by Forward 50 pick Alison Klayman; “Bully,” about high school students abusing their friends; and “This Is Not A Film,” by Iranian director Jafar Panahi, who was forbidden to make films, as well as “Chasing Ice,” a study of climate change and “Ethel” a documentary about Ethel Kennedy.

The rest of the nominees are: “Detropia,” “The House I Live In,” “How to Survive a Plague,” “The Imposter,” “The Invisible War,” “Mea Maxima Culpa: Silence in the House of God,” “Searching for Sugar Man,” ” and “The Waiting Room.”

The final five nominees for the category will be announced on Jan. 10. The 2013 Academy Awards Oscar ceremony will be held on Feb. 24.