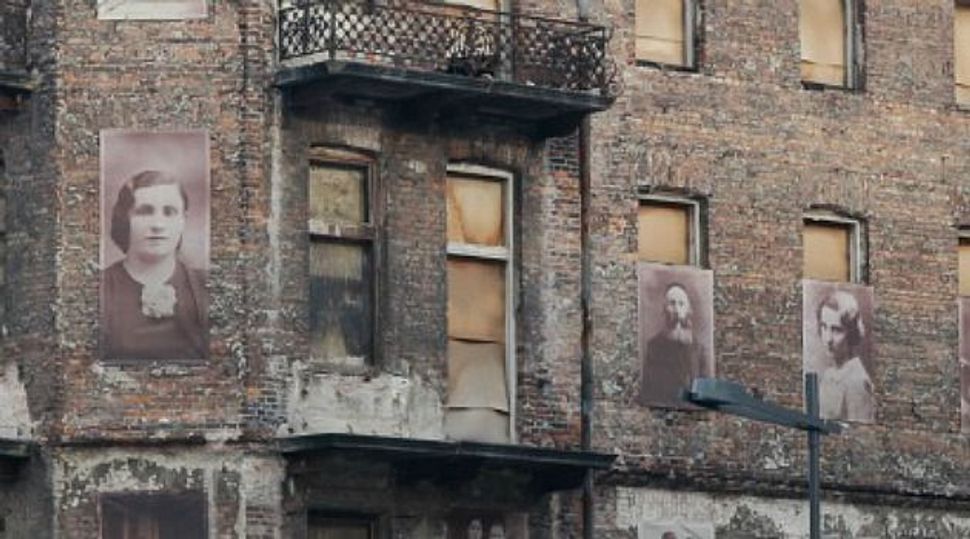 A film about a Polish village whose residents help massacre their Jewish neighbours in World War Two has forced Poles to confront one of the most troubling episodes of their past.

Most historians take the view that during the war the vast majority of Christian Poles were victims of the Nazi aggression that killed millions of Jews. There are many documented cases of Poles risking their lives to save Jews from Nazi death camps.

“Poklosie”, or Aftermath, touches on a subject that many Poles prefer not to discuss – cases where Poles were complicit with the Nazis in rounding up, and in some cases, killing Jews.

Jewish groups have joined Poland’s artistic community and many younger, liberal Poles in applauding the film for lifting the lid on a taboo. Others say it is blackening Poland’s name by portraying its people unfairly as Nazi collaborators.

“It’s our moral duty to make this film. It’s a moral challenge to struggle with the topic,” Dariusz Jablonski, the producer of the film, told Reuters in an interview.

“This is one of our last historical taboos and I have a feeling that it’s a topic we’ve been avoiding. That’s not how it should be.

“Even if this terrible crime concerns only 1 percent of the Polish nation, it doesn’t matter, because we want to know about that.”

Before World War Two, Poland was home to Europe’s largest Jewish community of some 3.2 million. Most of them were killed by the Nazi occupiers. The Nazis built death camps including Auschwitz and Treblinka on Polish soil.

Poland’s sensitivity about this period was illustrated this year after U.S. President Barack Obama mistakenly referred to a “Polish death camp”. Poland’s foreign minister demanded the White House apologise for this “outrageous mistake”.

“Poklosie” tells the story of how a Polish man who had been living in the United States returns to his home village and finds himself reluctantly drawn into uncovering what happened there during Nazi occupation.

The man discovers that, at the instigation of the Nazi occupiers, local people – including his own father – herded Jewish villagers into a building and burned them to death. They had then taken over their dead neighbours’ houses.

The story echoes a real event in the town of Jedwabne, about 160km (100 miles) north-east of Warsaw.

An investigation ordered by the Polish government has found that on July 10, 1941, at least 340 Jews were killed, some burned alive after being locked inside a barn. The investigation found Nazi occupiers and local people colluded in the massacre.

Some argue the film harms Poland by creating the impression that events like the massacre in Jedwabne were the norm in war-time Poland. The reality, they say, is that such events were an extremely rare aberration.

“‘Aftermath’ is mendacious and harmful for Poles,” the right-wing Gazeta Polska newspaper said in a review. “It will bring dreadful results for the nation, particularly abroad.”

In Ostroleka, a small town in northeastern Poland only 60 km from Jedwabne, local authorities cancelled screenings of the film. The town’s council is dominated by a right-wing opposition party whose members have criticised it.

Arkadiusz Czartoryski, a member of the national parliament with the Law and Justice Party, who lives in Ostroleka, said that a work of fiction was the wrong way to address such a complex and difficult issue.

“In my opinion the movie is not even 1 percent in line with the facts,” Czartoryski told Reuters. “Making movies that are aimed at presenting reality, and are not like this, may paradoxically do more harm than good.”

The Soviet-installed Communists who took power after the war conducted a purge of officials with Jewish ancestry in the late 1960s. Many of the Jews who had survived the Holocaust responded to the purge by emigrating.

Today, Poland’s government and all mainstream political parties renounce anti-Semitism. A museum dedicated to the history of Polish Jews is under construction in the capital. The president regularly meets leaders of the Jewish community, who now number about 8,000, according to official figures.

But there are still signs of anti-Semitism on the margins of society. Graffiti by soccer fans routinely uses the word “Jew” as a term of insult directed at supporters of rival clubs.

Many people say the film, by opening up a debate about how Christian Poles interact with their Jewish compatriots, has performed an important service.

“The debate has begun and this is a very positive sign,” Israel’s Ambassador to Poland, Zvi Rav-Ner, told Reuters. “It is good that we can talk about painful issues now.”