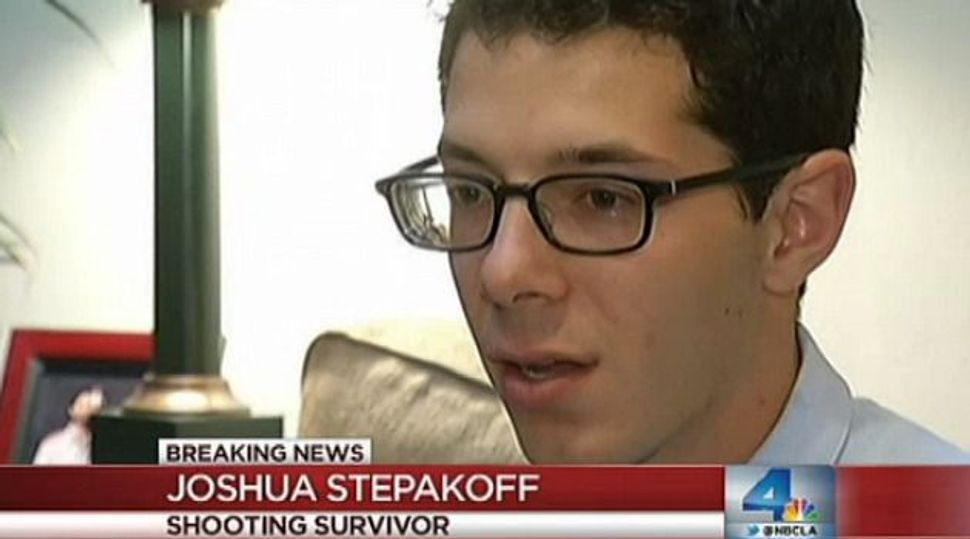 Joshua Stepakoff was just 6 years old when he was shot and wounded in a 1999 shooting rampage at his suburban Los Angeles preschool.

Now 19, he wants to know why more hasn’t been done to curb gun violence in America.

“If now is not the right time, when is? People are shot every day… People need to realize this,” Stepakoff told NBC News.

Stepakoff was attending a day camp at the North Valley Jewish Community Center in Granada Hills when a disturbed gunman with a semi-automatic rifle burst into the lobby.

The gunman fired dozens of rounds, hitting an adult employee, a 16-year-old counselor, and three children, including Stepakoff, who was shot in the lower leg and hip.

All of the victims recovered.

Stepakoff, now a college student, spoke out after the shooting spree that left 28 people dead in Newtown, Conn.

He called on lawmakers to restore the lapsed federal restriction on the sale of assault weapons; and strengthen pre-sale background checks.

“I think some changes could be made without truly interfering with Second Amendment rights,” he told NBC.