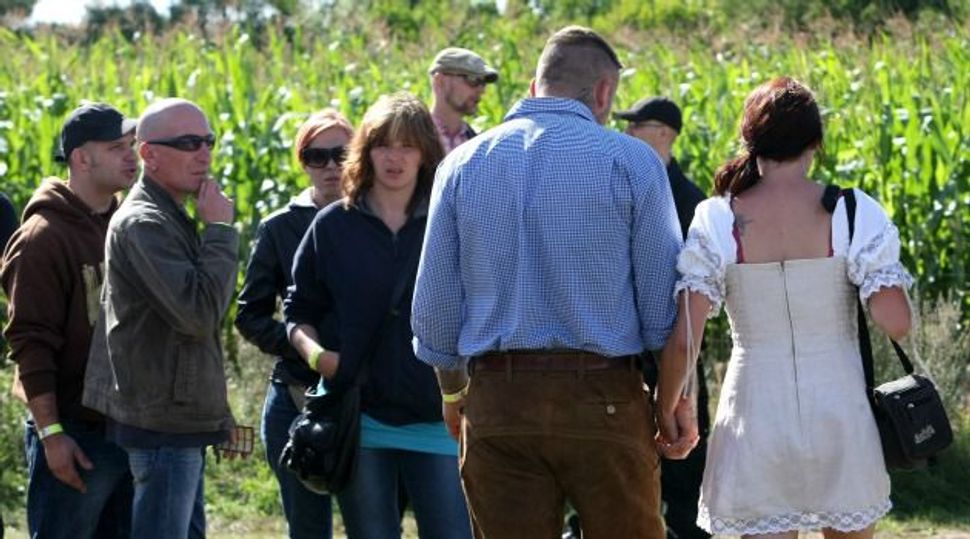 Germany’s most politically successful neo-Nazi party, the National Democratic Party of Germany, will face legal proceedings aimed at disbanding it.

Germany’s Bundesrat, or legislative council, voted on Dec. 14, to apply to the Supreme Court to ban the 7,200-member National Democratic Party of Germany, or NPD, which is known for its anti-democratic, anti-foreigner and anti-Semitic stances.

Of Germany’s 16 states, only one, Hesse, abstained in the Bundesrat vote, out of fear that this attempt to ban the NPD would fail, as a previous effort in 2003 did. A second failure would give the neo-Nazi party a boost, critics fear.

Despite such widespread concerns, the 16-state ministers of the interior earlier this month unanimously recommended setting a new banning attempt in motion.

The NPD runs on a platform of blaming foreigners for Germany’s problems and belittling the Holocaust. The party has been elected to two state parliaments in recent years by barely passing the 5 percent voting threshold. This earns the party federal taxpayer money, a source of frustration to opponents.

The 2003 attempt to ban the NPD failed after the Supreme Court learned that government informants themselves instigated some of the allegedly unconstitutional activities. Since that time, Jewish leaders and mainstream politicians have called for a renewed and foolproof attempt.