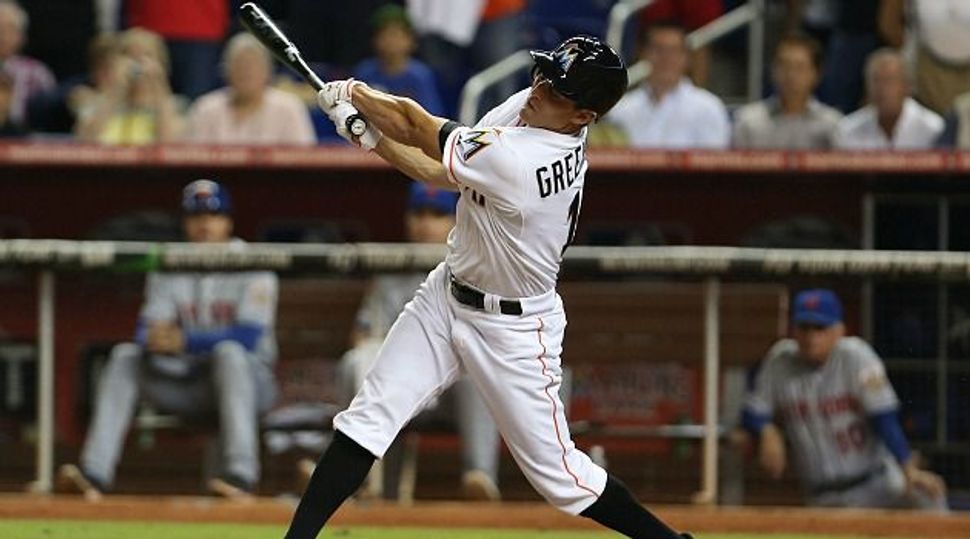 Jewish player Adam Greenberg will resume his professional baseball career after signing a minor league deal with the Baltimore Orioles.

Greenberg, 31, signed a minor-league contract with the Orioles and will work to get a spot ontheir Class AAA farm team in Norfolk, Va.

Chosen by the Chicago Cubs in the ninth round of the 2002 draft, Greenberg was beaned in his only Major League at-bat, as a pinch-hitter on July 9, 2005. He suffered a concussion.

Greenberg was released by the Cubs in June 2006. After that he played in the minor leagues with the Los Angeles Dodgers, Kansas City Royals, and the Cincinnati Reds. He spent 2009, 2010 and 2011 playing for the Bridgeport Bluefish of the independent Atlantic League.

Greenberg’s story resurfaced in September when he was tapped to replace the injured Gabe Kapler for Team Israel in the World Baseball Classic qualifiers in Jupiter, Fla. In his only at-bat of the qualifiers, Greenberg walked against South Africa and scored on a single by Shawn Green coupled with an error.

At approximately the same time, an online campaign called “One at Bat” had fans rallying for Greenberg to be given another shot at the majors. Greenberg was offered the second chance on Sept. 28 when the Marlins surprised him with a one-day contract announced live on NBC’s “Today” show. He struck out as a pinch hitter in a game against the New York Mets, but returned to the dugout smiling and was greeted by high fives and hugs from his Marlins teammates for the day.

“To get the opportunity with the Orioles means everything to me,” he said, according to the Associated Press.