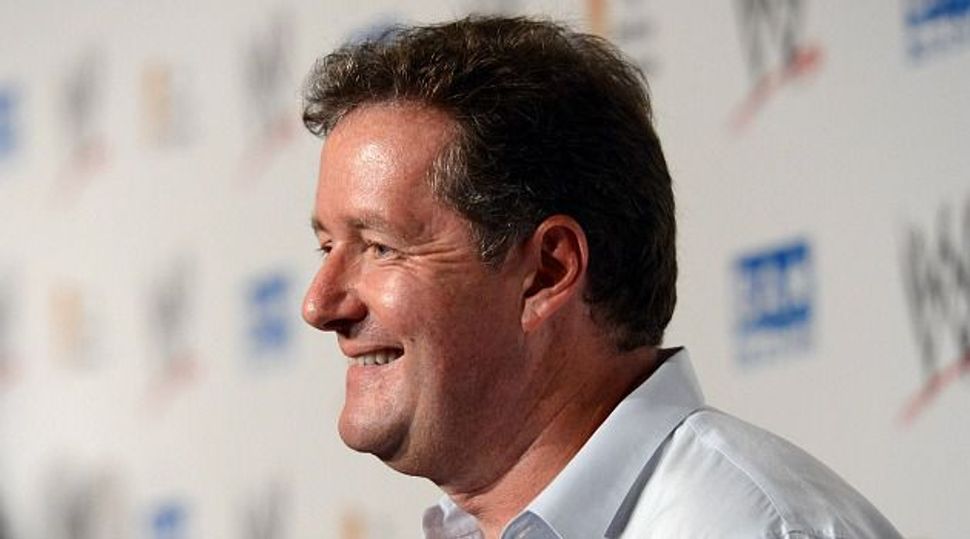 More than 48,000 people have signed a petition that they posted on the White House website demanding that British CNN talk show host Piers Morgan be deported over comments he made on air about gun control.

Morgan last week lambasted pro-gun guests on his show, after the Dec. 14 mass shooting at Sandy Hook Elementary School in Newtown, Connecticut, where a gunman shot dead 26 people, including 20 children.

“We demand that Mr. Morgan be deported immediately for his effort to undermine the Bill of Rights and for exploiting his position as a national network television host to stage attacks against the rights of American citizens,” the petition said.

The petition, started on Dec. 21 by a man identified as Kurt N. from Austin, Texas, accuses Morgan of subverting the second amendment of the U.S. Constitution, which guarantees the right to bear arms.

U.S. citizens can file a petition on the White House website, whitehouse.gov, if they collect at least 25,000 signatures within 30 days. The White House is then obliged to issue a response.

Morgan, 47, a former newspaper editor in London, shot back at his critics on Twitter. He repeated his past calls for the United States to ban assault weapons and high-capacity magazines and conduct background checks on all gun purchases.

Five days after the Connecticut massacre, Morgan called a guest, Larry Pratt, executive director of Gun Owners for America, an “idiot,” “dangerous” and an “unbelievably stupid man” when Pratt argued that more guns were needed to combat crime in the United States.

“I don’t care about a petition to deport me. I do care about poor NY firefighters murdered/injured with an assault weapon today. #GunControlNow,” Morgan tweeted on Monday, referring to a shooting in New York that killed three people, including the gunman.

Christa Robinson, a CNN spokeswoman, said the network had no immediate comment on the petition.

Publicist Howard Bragman, vice chairman of Reputation.com, said the controversy will get Morgan attention that may translate into higher ratings and wouldn’t harm his reputation.

“A lot of it comes from his being British, he’s seen the differences between the U.S. and UK, he’s passionate and authentic in taking this issue on, and it’s probably only going to help him attract more people to his show,” Bragman, told Reuters.