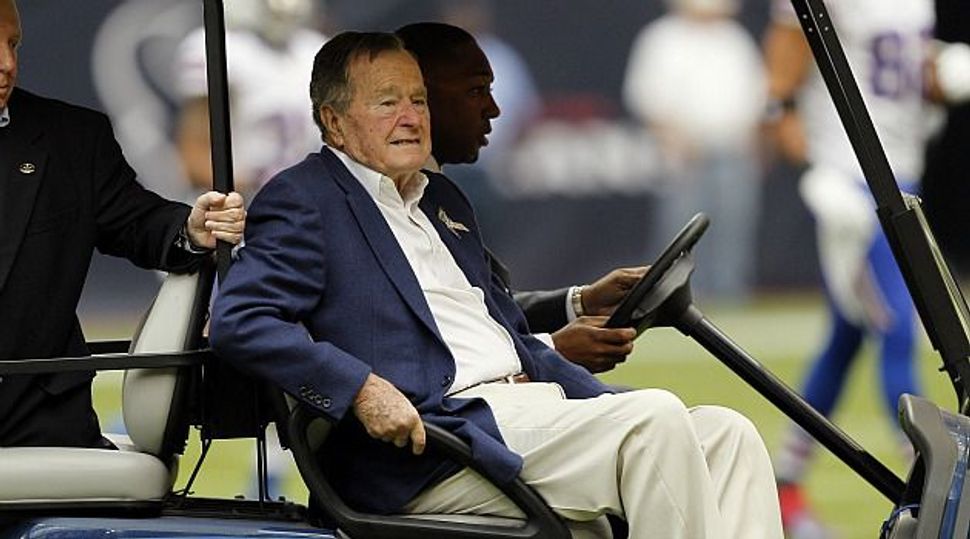 Former President George H.W. Bush, who led a coalition that ejected Iraqi forces from Kuwait in 1991, is in intensive care at a Houston hospital in “guarded condition,” family spokesman Jim McGrath said Wednesday.

The 88-year-old was admitted to hospital Nov. 23 for bronchitis.

“The president is alert and conversing with medical staff, and is surrounded by family,” McGrath said in a statement.

“Following a series of setbacks including a persistent fever, President Bush was admitted to the intensive care unit at Methodist Hospital on Sunday where he remains in guarded condition,” McGrath said. “Doctors at Methodist continue to be cautiously optimistic about the current course of treatment.”

A hospital spokesman said in mid-December that the former president was expected to be home in time for Christmas, but that spokesman later said doctors felt he should build up his strength before returning home.

Bush has lower-body parkinsonism, which causes a loss of balance, and has used wheelchairs for more than a year, McGrath said in an email Wednesday.

Bush, the 41st U.S. president and a Republican, took office in 1989 and served one term in the White House.

The father of former President George W. Bush, he also served as a congressman, as ambassador to the United Nations, as envoy to China, as CIA director and as vice-president for two terms under Ronald Reagan.