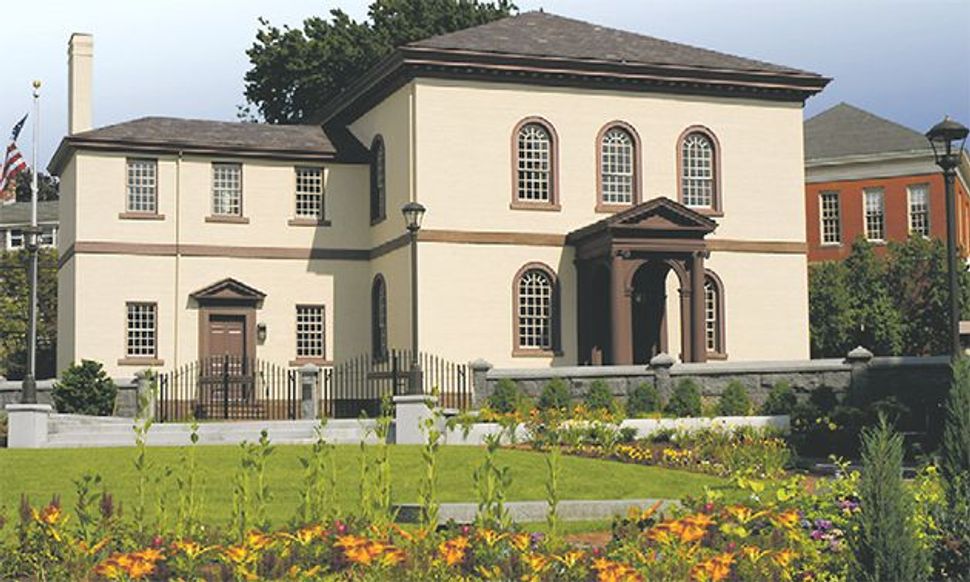 The elders of Touro synagogue in Rhode Island plan to sell an 18th century set of bells to a Boston museum. But Shearith Israel, which is a trustee of the shul, objects to the plan. Image by Stephen Brosnahan/GW Institute for Religious Fredom

The leaders of two historic synagogues will hold a settlement conference over a set of ritual Torah decorations.

A federal judge in Rhode Island will meet with the leaders of the Touro Synagogue in Newport, R.I., and Congregation Shearith Israel of New York on Thursday to discuss a set of 18th century Torah bells, The Associated Press reported.

Shearith Israel is the first U.S. Jewish congregation and Touro is the country’s oldest synagogue building.

Touro had agreed to sell the ritual objects for $7.4 million to Boston’s Museum of Fine Arts, with the proceeds used to set up an endowment to care for the Touro building, according to AP. But Shearith Israel, which has served for nearly 200 years as the trustee for the Newport synagogue, objects to the sale.

Following the War of 1812, Touro was used only for holidays and funerals. Several years later, the synagogue was shut down and legal oversight of the building was transferred to Shearith Israel. Several member families of Touro had originated from Shearith Israel, from where the Newport Jews had obtained several ritual objects.

In 1883, Touro reopened on a full-time basis, and in 1946 it was designated a national historic site. The synagogue remains an active house of worship and thousands of vistors tour its premises each year.

A lease amount of $1 annually is still paid by the Newport congregation to Shearith Israel for use of the building and grounds, which are still owned by the New York group.