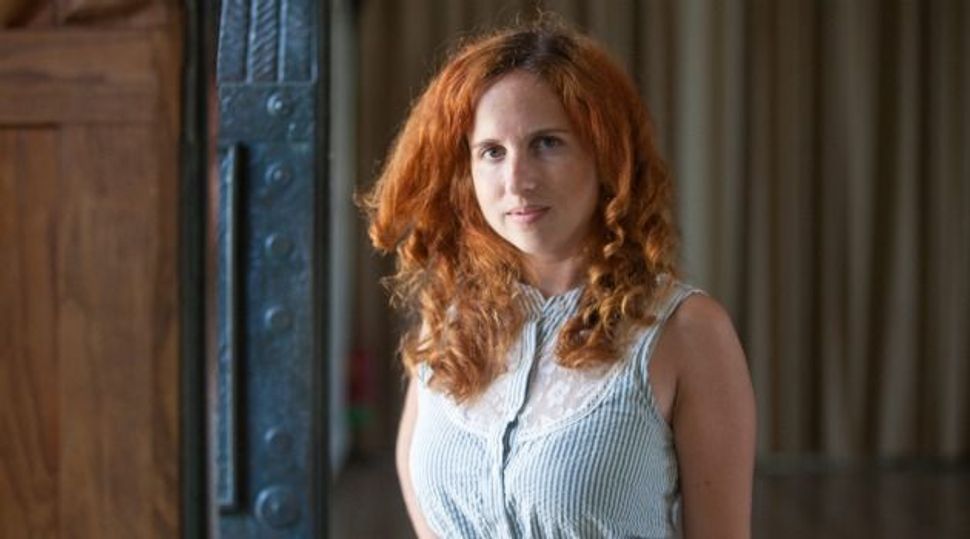 They are young and they are driven. They got half a million Israelis out on the streets demanding social justice. Now they want their votes.

The leaders of a grassroots social protest movement that swept Israel in 2011 have shot to the top of a rejuvenated Labour party that polls say will at least double its power in a Jan. 22 general election that Prime Minister Benjamin Netanyahu’s right-wing Likud is forecast to win.

“The next stage is to continue what started in the streets, to bring that to the ballot … so that we can translate it into achievements in budgets, laws and a change of policy,” said 32-year-old Itzik Shmuli, who as head of the student union was one of the most prominent leaders of the protest movement.

It began with a handful of youngsters who pitched tents along Tel Aviv’s luxurious Rothschild Avenue to protest against high housing costs. Eventually, hundreds of thousands of Israelis demonstrated weekly across the country.

Inspired also by the Arab Spring that swept the region, the protesters, chanting “the people demand social justice”, dominated headlines in Israel in the summer of 2011, and posed a new challenge to the government.

Political parties soon saw potential vote magnets in the movement’s leaders, who were often portrayed in the media as idealists with just the right mix of innocence and savvy to promote a message of hope and change.

Shmuli quit the student union this year to win the number 11 spot on Labour’s list of parliamentary candidates, running a distant second to Likud in the upcoming election.

“The answer the government gave was a thin, cosmetic and cynical one. They did not want to truly deal with the problems raised by the protest,” Shmuli said.

Israel has a relatively low unemployment rate of 6.7 percent and a growing economy, but business cartels and wage disparities have kept many from feeling the benefit.

In parliament, Shmuli and his allies hope to push affordable housing, reform the education, welfare and health systems and to narrow the gap between rich and poor in Israel, which the Organisation for Economic Cooperation and Development (OECD) has said is among the highest in developed countries.

In response to the protest, Netanyahu, a free market champion and fiscal conservative, vowed to revamp the economy and lower living costs. Some of the government’s steps have eased the pain for the middle and lower classes.

But other measures are moving slowly or have had no major effect. With rising food and fuel prices, few feel significant change in the cost of living since the protest.

“It means that we were mistaken when, as a young generation, we thought we could avoid sitting in the places where we make the most important decisions,” said Stav Shaffir, 27, another of the movement’s leaders.

Shaffir is now eighth on Labour’s list. Polls show that like Shmuli, she will be a member of Israel’s next parliament, with her party winning about 16 to 20 of the 120 Knesset seats.

“There is something pure and beautiful about a popular protest,” Shaffir told a group of students in December. “But the change it brings comes only after generations … and we don’t have that time if we want to change policy.”

Shaffir lives with four roommates in a Jaffa apartment. Shmuli moved to the run-down town of Lod last year to set up a student community outreach program. Both say they have no intention of changing their dwellings after becoming lawmakers.

At the protest’s peak, Shmuli addressed about half a million people at one of the biggest rallies ever held in Israel. He spoke to the cheering crowd about “The New Israelis”, who will fight for a better future and social equality.

But that was in September 2011. The question now is whether the “New Israelis” who cheered for Shmuli will turn up to vote for him.

The summer of 2011 marked one of the only times that social-economic issues consistently topped the agenda in a country whose population of 7.8 million is usually preoccupied with matters of war and peace.

Yariv Ben-Eliezer, a media expert at the Interdisciplinary Center Herzliya, a college near Tel Aviv, says those issues have once more taken a back seat.

In November, Israel carried out an eight-day offensive in Gaza with the declared aim of ending Palestinian rocket fire into its territory. The same month the Palestinians relaunched their statehood bid at the United Nations and won great support.

“Before the (Gaza) operation, Labour was rising in the polls and Likud was sliding. There was a feeling that the social protest should be moved into politics. But the main issue has gone back to being defence,” Ben-Eliezer said.

Shmuli disagrees. Called up to the Gaza border for reserve duty during the offensive, he took shelter with fellow soldiers under their tank when rockets from Gaza hailed down.

“While all these missiles were flying over us, we had to find a way to pass those 10 minutes under the tank – and what did we talk about? About housing and about the high living costs.”

Many of the protesters came from the middle class, which bears a heavy tax burden and sustains the conscript military.

“We will always be there for our country – whenever it needs us, but the big question is, when we are out of our uniforms, will the state be there for us?” Shmuli said.

Tamar Hermann at The Israel Democracy Institute, a Jerusalem think tank, said a Netanyahu election win would not spell defeat for the social protest movement.

“Now we see the social-economic issues taking a much more significant role in the discussion over the future of the country,” Hermann said. “All the parties feel obliged to relate to the issues that were raised by the protest movement.”

Israel’s election had been set for late 2013 but the government failed to agree on a state budget, which it said would require harsh austerity steps.

Netanyahu called an early vote in what commentators said was an attempt by the prime minister and partners in his governing coalition to avoid the risk of going to the polls after imposing unpopular cuts.

Labour has focused its campaign almost entirely on social and economic issues, and its projected gains in parliament are largely attributed to the protest movement.

If Netanyahu, against the odds, chooses to include Labour in his next government, some of the movement’s demands will undoubtedly be part of that deal, said Yossi Yonah, a Labour candidate who has advised social protest leaders.

Labour chief Shelly Yachimovich, an advocate of a welfare state, has not ruled out serving in a Netanyahu administration. But the option seems remote given their opposing economic views.

Looking ahead to likely budget cuts after the election, Yonah predicted such steps could revive and bolster the protest movement, if it combines civil action on the streets with a combative parliamentary opposition to Netanyahu.

“The protest’s impact cannot be judged after only one year,” Yonah said. “Eventually something must give.”

Both Shaffir and Shmuli hope to draw young people who are disillusioned with politics to come vote.

“Our parents brought us up to believe that if we work hard, study and try then everything will be okay, we will succeed. But when we grew up, when we were released from the army, we looked around and this society we were told about was gone,” Shaffir said.

Instead, she said, they found corrupt politicians who were not looking out for young people’s interests.

The tents that Shaffir helped pitch are long gone and life has returned to normal on Rothschild Avenue, which is lined with banks, shops and cafes.

“We need to make politics sexy again,” Shaffir said, sitting on a bench on the trendy avenue filled with people walking their dogs and riding bicycles.