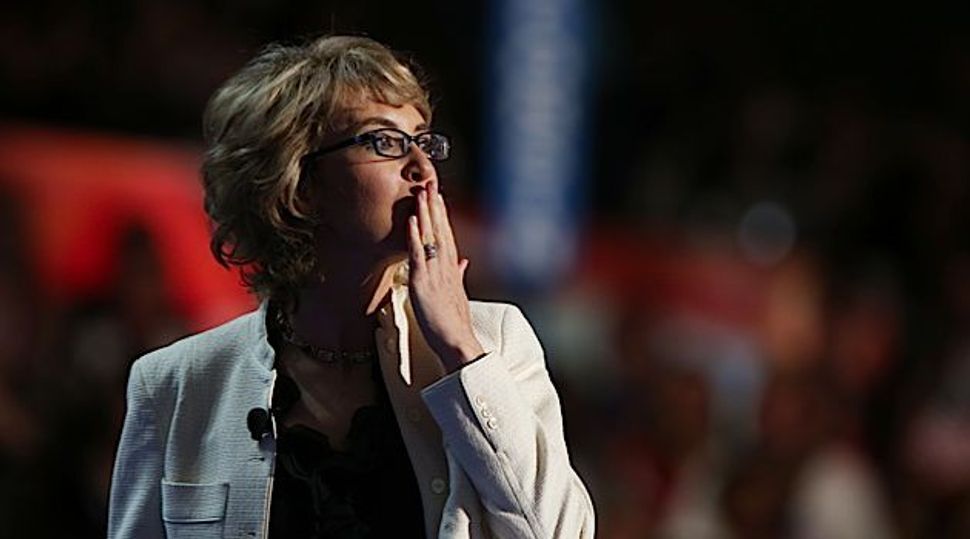 Former U.S. Representative Gabrielle Giffords, who survived a mass shooting in her Arizona district two years ago, met with Newtown officials on Friday afternoon before heading to visit with families of the victims of last month’s Sandy Hook Elementary School massacre.

After about 30 minutes, Giffords and a small entourage boarded their vehicles and drove off from the town hall.

Before the attack, Lanza killed his mother, Nancy Lanza, in their home about 5 miles from the school. Lanza took his own life as police arrived at the Sandy Hook school.

Giffords retired from Congress last year to focus on her recovery from the January 2011 shooting in Tucson that left six dead and 12 others wounded.

Giffords, shot in the head in the attack, has become a symbol for proponents of stricter gun control in the national debate about the right to bear arms, which has grown louder since the Dec. 14 attack in Newtown.

On Thursday, the more than 400 children who escaped without physical harm returned to school for the first time since the assault. (Writing by Dan Burns; editing by Claudia Parsons)