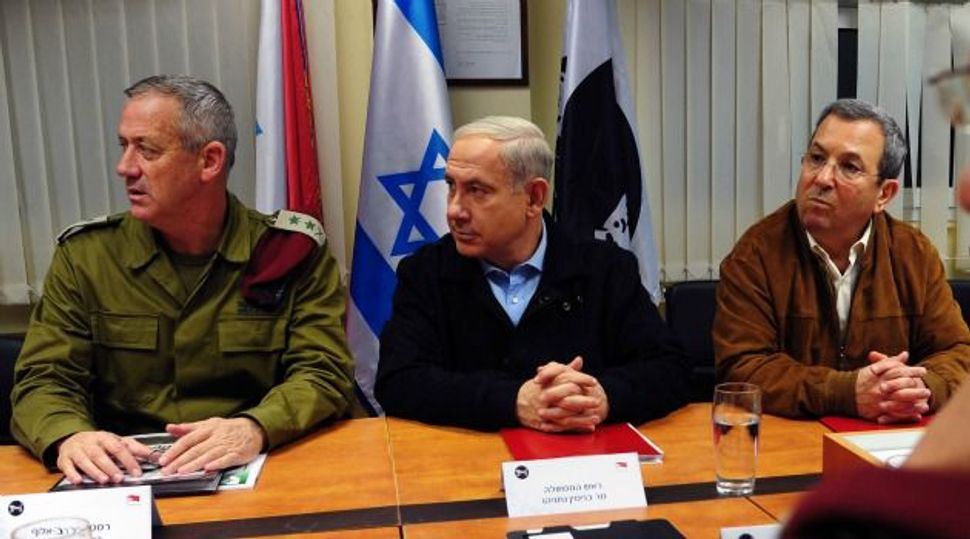 The findings detailed mud-slinging at the very top of Israel’s defence establishment and briefly shifted local media focus away from the approaching Jan. 22 national election.

Ashkenazi and Barak, whose strained relationship was an open secret, locked horns in 2010 over the appointment of Ashkenazi’s successor as military chief of staff.

Ashkenazi, a watchdog report said, had been given a letter supposedly showing that one contender had engaged a publicist to mount a campaign to discredit his rival. The document was leaked to the press and the police later found it was forged.

The scandal drew condemnation across Israel, a country with compulsory military conscription, where maintaining solidarity with the army is sacrosanct.

“Given its content and problematic implications and given the fact that he was then the commander of both officers…, Ashkenazi should have conducted a thorough probe into the document,” the report said.

The state comptroller’s report also said that Ashkenazi acted improperly in allowing one of his aides to gather information that could damage Barak.

The report found fault in Barak’s conduct when he held up Ashkenazi’s appointments of senior officers to a number of key military roles and scolded both men for not “rising above their personal differences”.

“In the state of Israel, where the defence establishment is both a matter of existence and an ethos, public trust in security chiefs must not be undermined because of an intolerable relationship (full) of loathing and mistrust,” the report said.

Ashkenazi was quoted in the media as saying he accepted the criticism of his conduct in the report and Barak issued a statement calling for a criminal investigation into the affair.

Barak has announced he is leaving politics after the election and, with Ashkenazi now retired from the military, the report is unlikely to have an immediate impact on their careers.

But Ashkenazi is widely believed to be interested in entering politics. Barak could return as defence minister in a government led by Prime Minister Benjamin Netanyahu as a political appointee, even without a seat in the legislature.