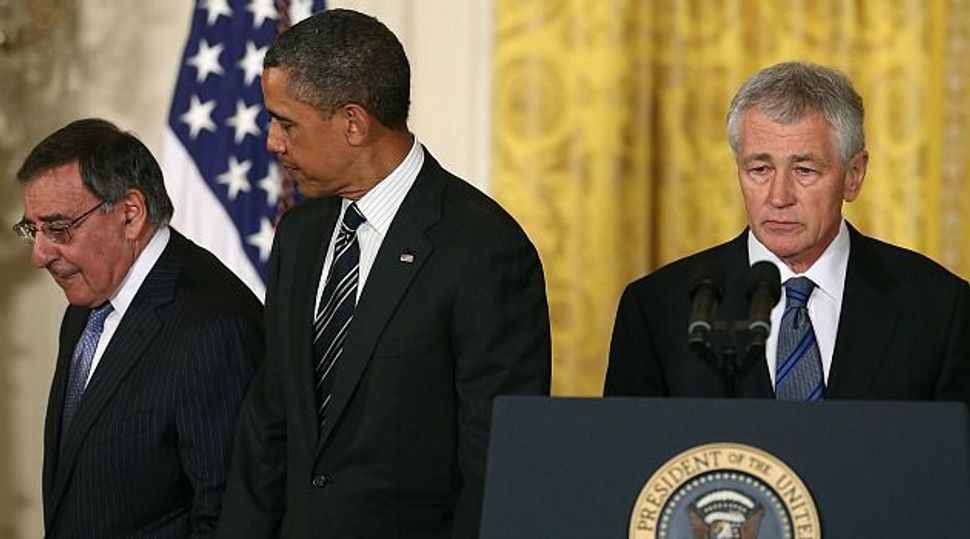 President Barack Obama on Monday nominated former Republican Senator Chuck Hagel as his next defense secretary and counterterrorism adviser John Brennan to head the CIA, potentially setting up a Senate confirmation battle on two fronts and establishing a tough tone to start his second term.

Mindful of the concerns about both Hagel and Brennan on Capitol Hill, Obama spoke at length about each in a White House ceremony, then turned over the microphone to outgoing Defense Secretary Leon Panetta and acting CIA Director Mike Morell to provide testimonials about their chosen replacements.

Obama urged the Senate to move quickly in confirming Hagel, a military veteran who served in Vietnam, and Brennan, who spent 25 years at the CIA.

“I hope that the Senate will act on these confirmations promptly. When it comes to national security, we don’t like to leave a lot of gaps between the time that one set of leaders transitions out and another transitions in. So we need to get moving quickly on this,” Obama said.

If confirmed by the Democratic-controlled Senate, Hagel and Brennan would fill out a national security team that Obama is building for his second term in office. He has already nominated Democratic Senator John Kerry as his secretary of state to replace the well-regarded Hillary Clinton.

While senators are normally inclined to give the benefit of the doubt to someone from their ranks, this was not the case with Hagel, a maverick former senator from Nebraska.

As Hagel’s name was floated for the post in recent weeks, many Republicans and some Democrats reacted with alarm, expressing deep concerns about past statements the moderate Republican has made. He has offered controversial views on key U.S. ally Israel, once complaining about the power of “the Jewish lobby” in Washington and urging direct talks with Iran over its nuclear ambitions.

Past remarks seen as disparaging to gays have drawn the ire of gay rights groups. A group called the Log Cabin Republicans published a full-page ad in The Washington Post that attacked “Chuck Hagel’s record on gay rights.”

Obama could also face opposition from human rights groups over his choice of Brennan, a CIA veteran who withdrew from consideration for the spy agency’s top job in 2008 after questions were raised about his views on “enhanced interrogation techniques” – which are widely considered to be torture – that were used on terrorism suspects during the Bush administration.

Brennan would succeed retired General David Petraeus, who resigned in November after he was brought down by a sex scandal that involved an extramarital affair with his biographer.