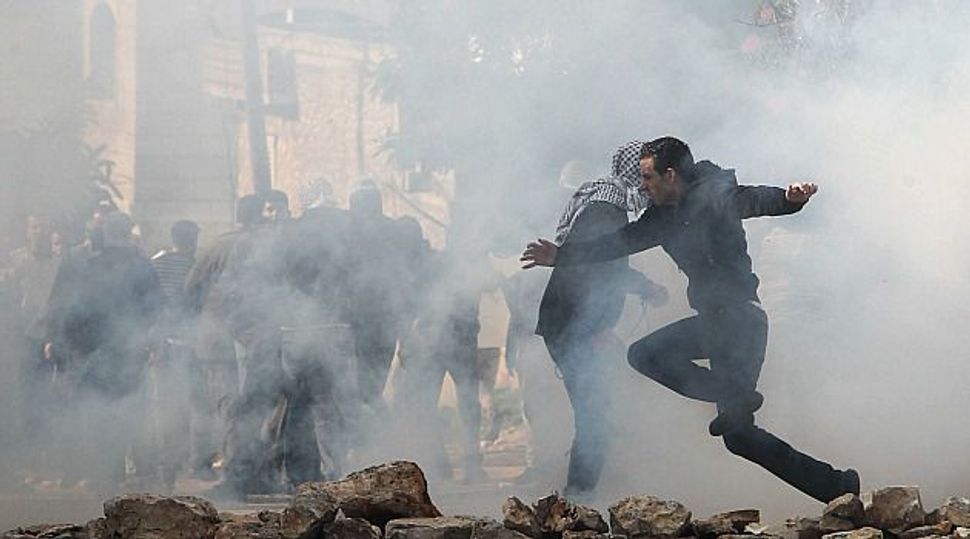 Israel faces the prospect of a new Palestinian uprising because of despair over the gridlock in peacemaking, a former head of the Israeli internal intelligence agency who is standing in the Jan. 22 election said on Tuesday.

Yaakov Peri, running for the centrist Yesh Atid party, told Reuters in an interview that the next government must make peace negotiations with the Palestinians its foreign policy priority.

“Israel must do everything to come back to the negotiating table and find a compromise,” he said, criticising other leaders from across the political spectrum for playing down the issue.

The Israeli military has reported growing violence across the occupied West Bank in recent weeks, prompting warnings of a possible Intifada (uprising) after years of relative calm.

“Are we on the edge of a third Intifada? It is a real possibility because of the amount of despair coupled with the (political) stalemate,” said Peri, who headed the Shin Bet security service from 1988 to 1994 – a time that coincided with the first Intifada.

Shin Bet is responsible for overseeing intelligence gathering in the Palestinian Territories and Peri warned that fundamentalist Islamist groups hostile to Israel would seize the initiative if there was no peace initiative.

He added that another Palestinian revolt need not be violent, but could evolve into a mass protest movement.

Peri’s Yesh Atid (There is a Future) party is led by former television news anchor Yair Lapid. It is projected to win up to 10 seats in the 120-seat parliament and has not ruled out joining a coalition led by Prime Minister Benjamin Netanyahu.

U.S.-brokered direct peace talks broke down in 2010 in a row over continued Jewish settlement building on land where the Palestinians want to establish their own independent state.

Further complicating matters, the Palestinians are deeply split, with the Islamist group Hamas in sole charge of the Gaza Strip and opposed to a negotiated solution to the conflict.

However, Peri said he was certain a deal could still be reached, despite the fact that more than 500,000 Israeli settlers have put down roots in the West Bank and East Jerusalem, which were seized by Israel in a 1967 war.

“It is doable, but not easy. I wouldn’t say there is hatred, but a complete lack of faith. I think 50 or 60 percent of the issues are already agreed upon,” he said.

Netanyahu has made security the focus of his election campaign, pledging to continue a settlement expansion programme that has drawn international criticism.

While he looks certain to win re-election, his electoral support has been eroded by the rising prominence of a far-right party led by Naftali Bennett – a former settler leader who wants to annex 60 percent of the West Bank.

Shelly Yachimovich, the leader of the main opposition, centre-left Labour party, which was once synonymous with the peace movement in Israel, has tried to avoid the issue for fear of alienating the settler vote.

“The extreme right refuses to deal with the diplomatic issues at all and is hiding its head in the sand. Yachimovich is aiding and abetting the right without presenting the alternative,” said Peri.

“The only solution is a return to the negotiating table.”