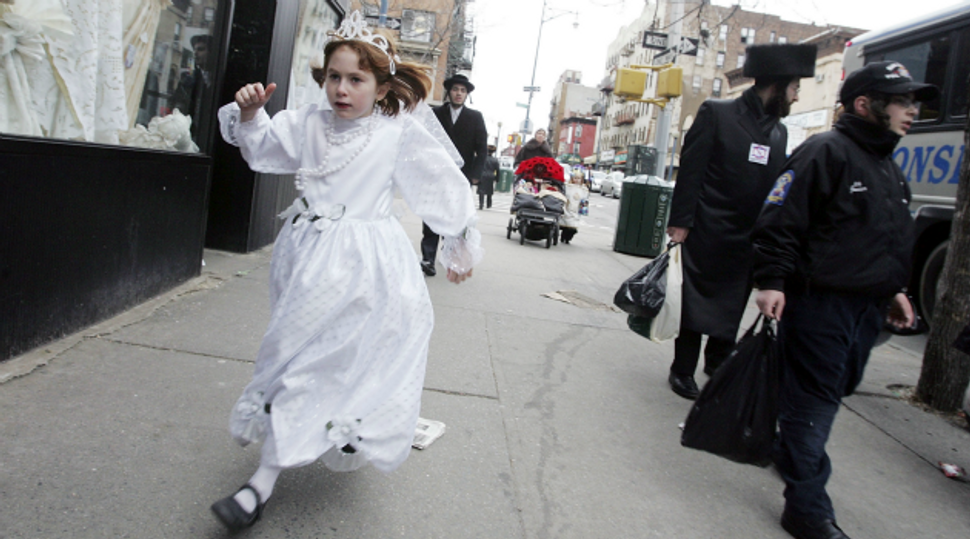 Growing and Changing: A new UJA-Federation study confirms the growth in Orthodox Jewish populations in New York, but finds they are highly concentrated in a few neighborhoods. Jewish communities are also growing in unexpected places. Image by getty images

Orthodox Jewish neighborhoods are growing fast in New York while non-Orthodox neighborhoods have begun to shrink, a new study reveals.

The New York community also remains highly concentrated, with four distinct areas that would each qualify as one of America’s 20 most-populous areas.

Those are key findings from the Jewish Community Study of New York: 2011’s Geographic Profile report, out today from the UJA Federation of New York. The report is an in-depth follow-up to the survey of New York Jews the Federation released in June.

Each of the four largest New York City Jewish neighborhoods would, standing on its own, be one of the twenty largest Jewish communities in the country. Neighborhoods with predominantly non-Orthodox populations, however, generally have fewer residents than they did in 2002.

A collection of neighborhoods referred to in the study as Lower Manhattan East, which includes the historic Lower Eats Side, has lost 30% of its Jewish households since 2002. Today 39,500 Jews live there, down from 56,600 a decade ago.

Orthodox neighborhoods in Brooklyn, on the other hand, are growing rapidly. Borough Park’s Jewish population has grown by 71% over the past decade. At 131,100, it is now the largest Jewish neighborhood by population.

A full 78% of people who live in Borough Park, Brooklyn are Jewish.

The poorest Jewish neighborhood is Williamsburg in Brooklyn; the wealthiest neighborhoods are in Long Island and Westchester. Williamsburg is also the youngest Jewish community, a statistic driven by high birth rates among ultra-Orthodox Jews. The oldest is Flushing, Queens.

Income figures also show great disparities. On the Upper East Side of Manhattan, 18% of households reported earning over $250,000 per year. In Williamsburg, 78% earn less than $50,000 per year.

The June report, based on the same data, found that the overall Jewish population in the area under study, which includes New York City, Long Island and Westchester, had grown over the past 10 years to 1.5 million people from 1.4 million. The report also found that New York’s Jews are poorer, less educated and more religious than they were 10 years ago.