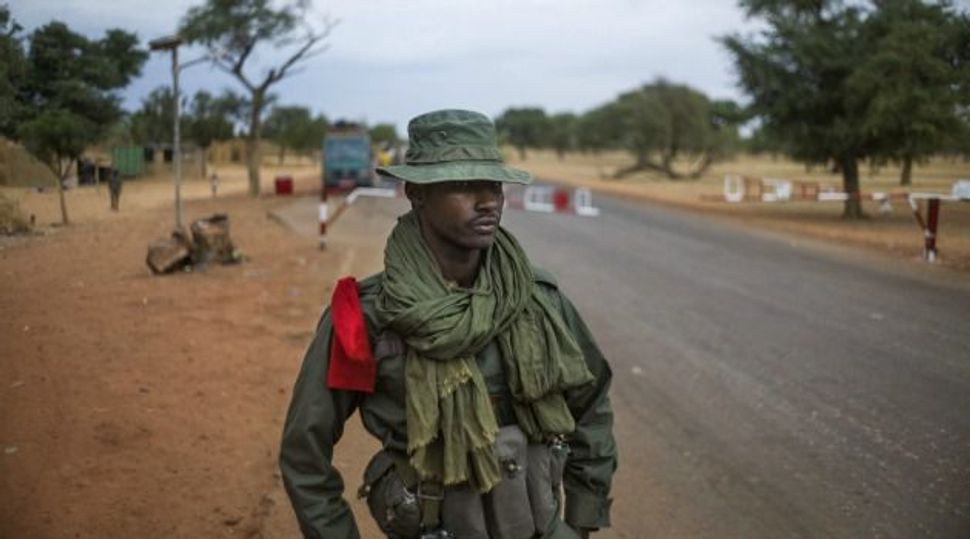 “The rebels sit fire to the newly-constructed Ahmed Baba Institute built by the South Africans … this happened four days ago,” Halle Ousmane told Reuters by telephone from Bamako. He said he had received the information from his chief of communications who had travelled south from the city a day ago.

Ousmane was not able to immediately say how much the building had been damaged. French and Malian troops were securing the city on Monday.

The mayor said the Islamist rebels, who had occupied the fabled trading town since a Tuareg-led rebellion captured it on April 1 from government forces, also torched his office and the home of a member of parliament.

The Ahmed Baba Institute, one of several libraries and collections in the city containing fragile ancient documents dating back to the 13th century, is named after a Timbuktu-born contemporary of William Shakespeare and houses more than 20,000 scholarly manuscripts. Some were stored in underground vaults.

They had also applied amputations for thieves and stoning of adulterers under sharia law.